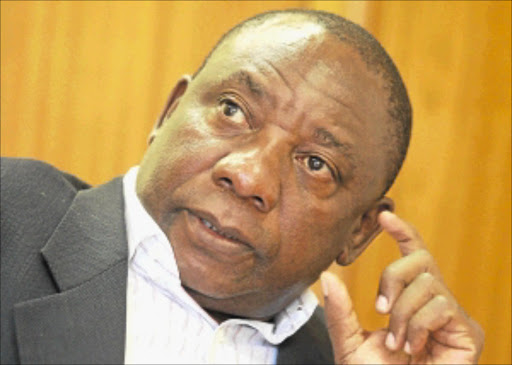 President Cyril Ramaphosa has announced that the Domestic Violence Act would be amended to better protect victims of domestic violence.
Image: KEVIN SUTHERLAND

President Cyril Ramamaphosa's announcement in his State of the Nation Address  that drastic actions would be taken to tackle gender-based and domestic violence has been welcomed by a mentorship programme for young men.

Ramaphosa announced that the Domestic Violence Act would be amended to better protect victims of domestic violence while the Sexual Offences Act would also be beefed up  to broaden categories of sex offences  to ensure that offenders are included in the National Register for Sex Offenders.

Rams Mabote, radio personality and founder of Future Kings, a mentorship programme aimed at teaching and grooming boys and young men to be responsible adults, "warmly welcomed" Ramaphosa's pronouncements during his state of the nation address on Thursday evening.

In his 2019 Sona, President Cyril Ramaphosa asserted that: "Now is the time to focus on implementation".
Opinion
2 years ago

"This is both long overdue and necessary. South Africa has deteriorated into an abyss of terror for women and children who have been brutalised by men both known and unknown to them. Law enforcement in this regard has been appalling and lacklustre," Mabote said.

Mabote said Future Kings, for which he's the chief volunteer, implored Ramaphosa and his government "to move swiftly in delivering on these promises in honor of many women and children who have succumbed to these scourges".

"Every nation entrusts its government with the responsibility  of maintaining law and order as well as ensuring safety and security of its citizens. South Africa, in particular, the millions of women and children, expect no less of this government," Mabote said in a statement.

He said Future Kings will support and partner with government in "genuine and sustainable programmes that will make this a safe and peaceful country for all to live in."

Durban father gets life for raping and sexually assaulting his daughter

Rape accused Richman Maluleke was found guilty yesterday by the Mhala regional court for raping an 82-year-old woman at in 2017.
News
2 years ago
Next Article