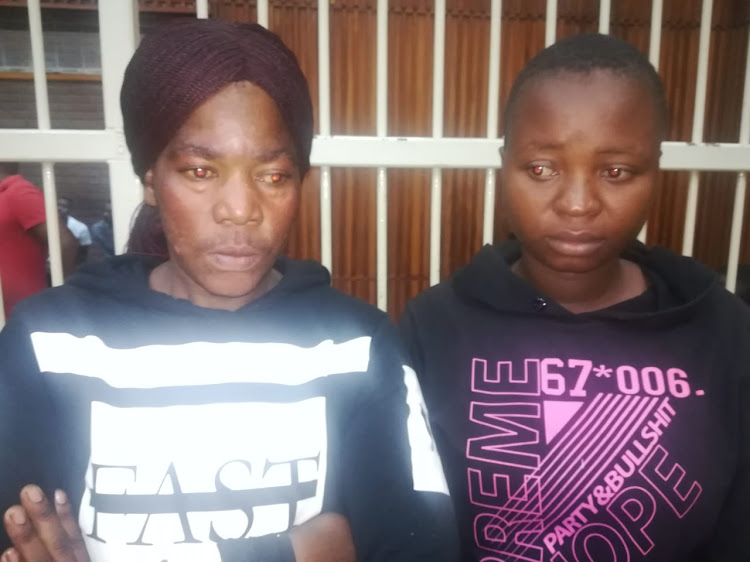 Elizabeth Musii and Endlorene Mpangeri of Zimbabwe have appeared in a Limpopo court in connection with illegal explosives.
Image: SAPS

The women arrested for allegedly smuggling explosives worth more than R1m into SA will be spending a few more weeks behind bars, police said on Friday.

Elizabeth Musii, 41, and 27-year-old Endlorene Mpangeri appeared in the Thohoyandou magistrate’s court on Thursday, where their case was postponed to March 9 for further investigation.

Not much has been revealed yet about where the consignment of explosives was being taken or what it would have been used for.

The Hawks arrested the women on Wednesday after finding them with dozens of bundles of explosives, blasting cartridges and case fuses. The haul was estimated to be worth about R1.2m.

Two women who were allegedly found in possession of money believed to have been taken in a bank robbery in neighbouring eSwatini appeared in the ...
News
3 years ago

A mother was stripped naked and had a finger stuck in her private parts during a search on a visit to a prison.
News
4 years ago

“The team received a tip-off about two women from Zimbabwe who were in possession of explosives destined for Gauteng,” said Capt Matimba Maluleke.

“The two people matching the description of the suspects were spotted in one of the lodges in Thohoyandou and their movements were constantly monitored.

“The suspects were arrested as they were about to board a bus to Gauteng.”

The illegal explosives were then found in their possession.

The women had allegedly entered SA illegally. They were charged with unlawful possession of explosives and contravention of the Immigration Act, said Maluleke.