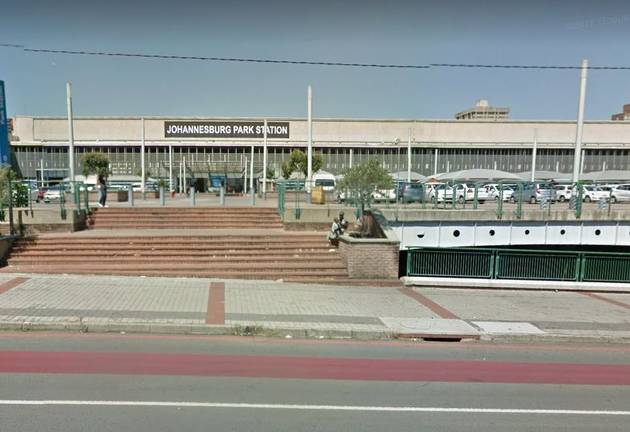 Prasa has abused its dominant position as a monopoly provider at Park Station in Johannesburg and contravened the Competition Act, according to the Competition Commission.
Image: Google

The Competition Commission has referred the Passenger Rail Agency of South Africa (Prasa) and its subsidiary Autopax to the Competition Tribunal for allegedly abusing its dominance in Johannesburg.

The agency will be referred for prosecution.

This follows an investigation into complaints by various long-distance bus operators, which found that Prasa was charging excessive prices to the operators for the use of Park Station, in central Johannesburg.

“The commission also found that Prasa favours Autopax in space allocation and has restricted or denied access to Park Station bus operators who are competitors to Autopax,” the commission said in a statement.

Two men will appear in court on Monday in connection with the theft of railway lines worth R8m.
News
2 years ago

Prasa, the commission noted, introduced a pay-on-use system together with hourly access fees per bus in December 2013 at Park Station.

“The new system increased the bus operators’ costs of access to Park Station, thus threatening their sustainability and expansion. For an example, the annual increase to Intercape was 460% for 2014,” said the commission.

Prasa, the commission said, introduced and implemented the pay-on use system only at Park Station and not at its other intermodal terminal facilities in Pretoria, Durban and Cape Town.

“The bus access fee is presently set at R480, excluding VAT, per hour per bus for access to loading bays at Park Station. In addition, Prasa charges a penalty of R150 for every 15 minutes by which each bus exceeds the initial hour.

“Apart from threatening the sustainability and expansion of Autopax’s competitors in a market, the commission is concerned that the costs of these increases are being passed on to consumers.

“In addition, the collapse of the other bus operators as a result of Prasa’s conduct will lead to the market being dominated by Autopax, which will be able to charge passengers excessive prices. Autopax is already charging customers more in routes where it is dominant."

Autopax, owners of City to City and Translux, which is unable to fully honour its salary obligations to its 1070 employees, looks like another badly ...
Opinion
2 years ago

The commission said it had received separate complaints concerning the pay-on-use system as well as access at Park Station from APM, Moolla’s Transport Services, Intercape, Eagle Liner and Eldo Coaches, between March 2017 and July 2019.

“The commission investigated the complaints and its investigation found, among other things, that the bus access fee was excessive and the introduction of the pay-on-use system has substantially increased the costs of interprovincial bus operators,” said the commission.

Substantial difference in fees that Prasa charges at its Pretoria, Durban and Cape Town intermodal facilities has in turn threatened the ability of interprovincial bus operators to provide scheduled and affordable interprovincial travel in Johannesburg-linked routes to other cities in SA, the commission found.

“In addition, the commission’s investigation found that Prasa allocates a large exclusive area to its wholly owned subsidiary, Autopax, at Park Station, while not providing access to loading bays at Park Station to several interprovincial bus operators who have applied for access to Park Station. Autopax does not fully utilise the loading bays to which Prasa has granted it exclusive use.

“Prasa does not enforce payment against Autopax for the payment of the bus access fee and the rent payable for leasing office space at Park Station, despite Autopax being in default - but intends to evict other interprovincial bus operators that defaulted on making monthly payments due to the high and unaffordable access fee.

“On the whole, the commission’s investigation found Prasa’s conduct constituted an abuse of its dominant position as monopoly provider of the only intermodal terminal facility in Johannesburg in contravention of the Competition Act,” said the commission.

The commission is seeking an administrative penalty against Prasa not exceeding 10% of its annual turnover, as well as an order directing it to stop abusing its monopoly at Park Station.

Translux and City to City employees were on Thursday paid the outstanding half of their January salaries.
News
2 years ago

Translux and City to City employees are still without half of their January salaries which were expected to be settled yesterday.
News
2 years ago
Next Article