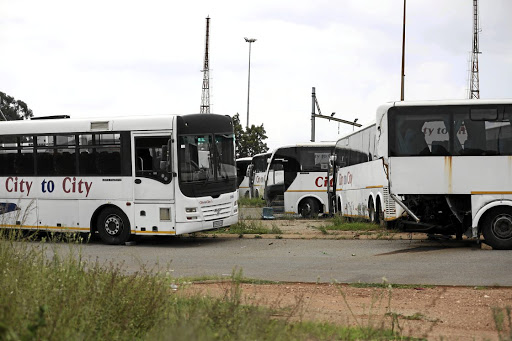 Translux and City to City employees are still without half of their January salaries which were expected to be settled yesterday.

Autopax, which owns the two bus companies, could only afford to pay half of its 1,070 employees' salaries on Monday and promises were made by its management that the difference would be paid by yesterday.

However, by close of business yesterday the promise to settle the other 50% had not been met, workers said.

Autopax, a subsidiary of the Passenger Rail Agency of SA (Prasa), is experiencing financial difficulties which have made it struggle to maintain its buses and pay salaries, among others.

The South African Transport and Allied Workers Union (Satawu), which represents some of the affected employees, said it would give Autopax until tomorrow to settle the outstanding salaries as per undertakings made yesterday.

"This morning [yesterday] we were told that they were processing the payments at around 10am, and those that bank with FNB would see the money reflecting [in their accounts] today, and others would get it tomorrow," Satawu spokesperson Zanele Sabela said.

However, by yesterday evening at 6pm, even those banking with FNB had not received their salaries.

"As a union, we will give Autopax the benefit of the doubt until tomorrow."

Prasa spokesperson Nana Zenani had not responded to Sowetan's request for a comment by the time of print.

It has however emerged that the struggling company is sitting with hundreds of broken down buses which according to employees "were allowed to rot in the sun" at the company's depots across the country.

Sowetan has established that Autopax had around 130 buses operational with about 300 broken down.

Some employees referred to their Johannesburg depot as a "graveyard for buses", because there were no plans in place to fix them any time soon.

At Autopax's bus depot in Coronationville, Johannesburg, Sowetan found dozens of broken down bus lined up inside the depot, literally gathering dust.

At least three buses had caught fire, apparently last year, when overgrown grass inside the depot caught fire which spread to the buses, according to employees who spoke on condition of anonymity.

Employees also told Sowetan losses amounting to around R10m were incurred due to wrong parts being bought via procurement processes over the past four years.

"We ended up with parts for Marcopolo buses while we didn't even have a single Marcopolo bus in our fleet," an employee said.

"Our entire supply chain process is messed up, even with the tyres and windscreens... a windscreen would be fitted today and tomorrow it cracks because it's a fong kong [fake]."

Cash-strapped state-owned bus company Autopax will not be able to pay full salaries to its 1,071 staff on Monday, acting CEO Tiro Holele announced on ...
News
2 years ago
Next Article