Drought-ravaged Northern Cape to be declared a disaster area 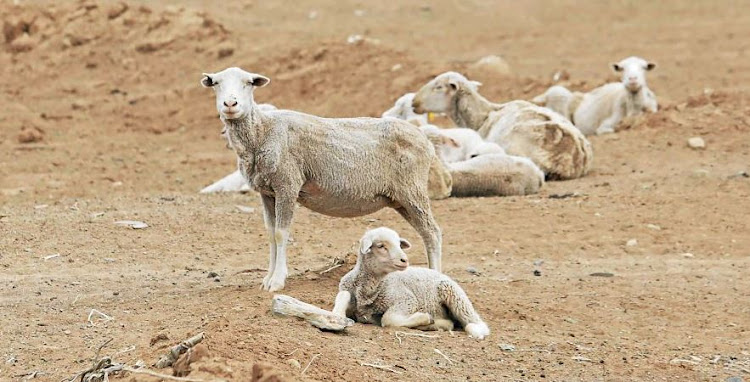 Human settlements, water and sanitation minister Lindiwe Sisulu and Northern Cape premier Zamani Saul agreed on Friday that the province should be declared a disaster area because of the debilitating drought.

“The province will issue a statement declaring the drought in the province as a disaster soon. Only the province has the power to make this declaration,” director-general of the department of human settlements, water and sanitation Mbulelo Tshangana said on Friday.

Sisulu and Saul met on Friday to address water and sanitation challenges in the province.

“Minister Sisulu has put aside R300m to prioritise all the hotspots. Almost 80% of the Northern Cape is affected and the western parts are seriously affected. We have secured R300m from the budget to prioritise these hotspots.

“The farming community was also seriously affected and we have put aside R50m of the R300m to assist the farmers,” said Tshangana.

DA leader John Steenhuisen has called on President Cyril Ramaphosa to use his January 8 statement to address the drought crisis affecting provinces ...
News
2 years ago

Tshangana said an operational war room would be established to oversee the implementation of the plan, which included drilling boreholes and procuring water tanks.

“R300m is going to help us to up the tempo in terms of risk mitigation of water shortages in the province,” Tshangana said.

The DA welcomed the decision but said more was needed to bring widespread relief to the already devastated provincial agricultural sector.

“It is common cause that the Northern Cape requires over R600m to alleviate the negative effects of the five-year drought, with more than 60,000 jobs on the line,” said DA MP Willie Aucamp.

Dam levels for Cape Town decreased by 0.5% over the past week, while water consumption remained above the 650-million litres per day consumption ...
News
2 years ago

Drought-hit Karoo farmers will be given R50m of emergency funding to buy fodder for their livestock, the Western Cape government said on Wednesday.
News
2 years ago

The DA believes that the drought could result in the loss of 62,000 jobs in the province if something isn’t done soon.
News
2 years ago
Next Article