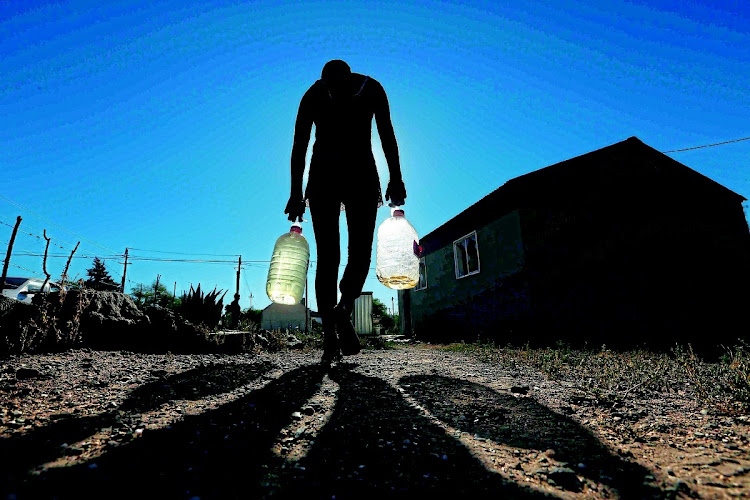 Cindy Fortuin walks to her house after fetching water in Zoar, in the Karoo, in January 2019.
Image: Esa Alexander

Drought-hit Karoo farmers will be given R50m in emergency funding to buy fodder for their livestock, the Western Cape government said on Wednesday.

"This drought will be felt for years to come - especially in the rural areas, where agriculture is the main generator of the Western Cape economy," said Maynier.

"The socio-economic impact on farm workers and farming communities would be significant should the agricultural activity in the Western Cape collapse."

The R345-million Ncorha Bulk Water Project was launched in 2016, but will only be completed at the end of 2020.
News
2 years ago

Meyer said the provincial government had asked the national agriculture department for an additional R147m in drought support.

"The Western Cape department of agriculture will also make a further R100,000 available to extend its current humanitarian support by providing pastoral and psychological support to farmers and farm workers," he said.

Queenstown in the Eastern Cape might be out of water - if rain does not fall and the Xonxa water project is not finished very soon.
News
2 years ago

A drought assessment by the provincial government in March found that the northern part of the West Coast district, the entire Central Karoo and parts of the Eden, Cape Winelands and Overberg districts were still struggling with severe drought.

In many areas, no natural vegetation had survived the drought, planted pastures and fodder banks had been exhausted, surplus animals had been culled and farmers were confronted with selling breeding stock to survive.

The MECs said they feared that farmers would not have the capital or other resources to rebuild their farms when the drought ended. As a result, job security and food security in these areas was under threat.

At least three years of average or above-average rainfall are needed to recover from the drought.