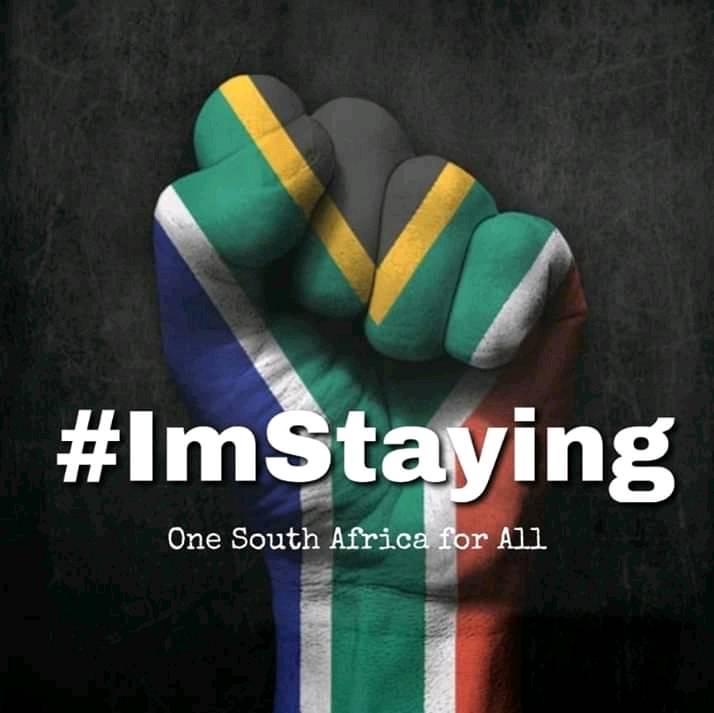 #ImStaying aims to involve all those who choose to grow and improve South Africa.
Image: #ImStaying via Facebook

Three SA organisations aimed at job creation and boosting small businesses will begin 2020 by vying for assistance from the R100k raised through crowdfunding by ImStaying to further their cause.

The announcement was made by the #ImStaying movement, which started off as a Facebook page in September and has attracted about 999,000 followers. Its founder, Jarette Petzer of Cape Town, said the group's purpose was to change the narrative in SA from the “constant doom and gloom, and more towards gratitude, love, respect and understanding”.

Three months later, the group’s Ingrid von Stein said it had broadened its mandate, as suggested by its members, to implement a number of initiatives aimed at helping to stimulate the economy through SMME businesses and job creation in this sector.

“In January, we will identify three ordinary SA organisations that work specifically in the micro and small businesses space and put their names forward to the #Imstaying group members who will then vote and ultimately decide who will get the prize,” said Stein.

In the spirit of Christmas, South Africans are sparing more than just their change for those who are less fortunate.
News
1 year ago

The group’s first crowdfunding initiative on Backabuddy, has raised R104,885 so far. Von Stein said a small percentage of funds raised would be used on operational costs.

South Africans have pledged amounts from as little as R2.06 to just over R1,500 and left messages of hope.

An anonymous donor said, “My hope is that many lives will be changed for the better through this initiative". Dawn Fryer, who pledged R103, wrote: “Please do not spend this on billboards. Rather use it for job creation. Thanks for your efforts. We are going to make a difference!”

Von Stein said the group had now become a non-governmental organisation (NGO) and would soon launch its website, which ordinary people could use to ask for assistance.

The Facebook page #ImStaying, which was launched by Cape Town property entrepreneur Jarette Petzer on September 7, has now reached more than a half a ...
News
1 year ago

#FindBrian: He promised to propose if the Boks won

In the wake of the Springboks victory over England in the 2019 Rugby World Cup (RWC) in Japan on Saturday, some South Africans are making a U-turn on ...
News
1 year ago
Next Article