#FindBrian: He promised to propose if the Boks won 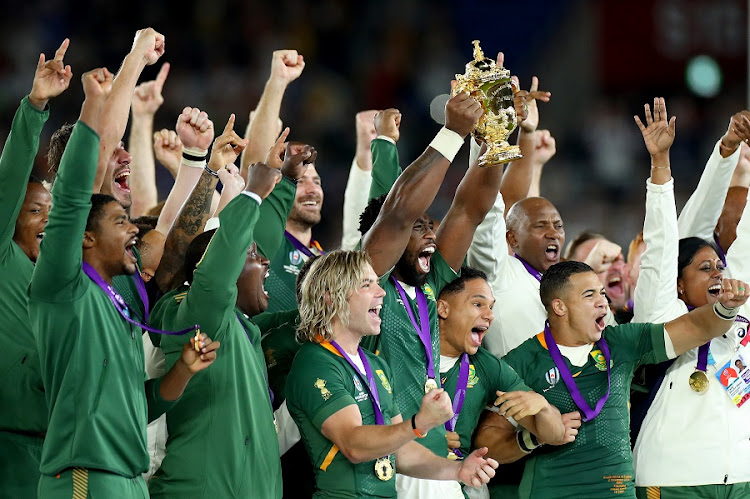 In the wake of the Springboks victory over England in the 2019 Rugby World Cup (RWC) in Japan on Saturday, some South Africans are making a U-turn on promises they made should the Boks win.

One such person is Brian RoyalSon Mdunge, who swore he would go on bended knee and propose to his woman.

In a bid to ensure he makes good on his promise, Facebook users are searching for him.

“Did she say yes” and “Show us the ring and pictures” were some of the comments on his post.

“8.2k comments 12k likes later and the whole of RSA still want to know what is the result of your match, so we can celebrate again today,” another read.

“Brian will probably come back Monday or Tuesday with a very well thought of explanation about what transpired between yesterday and today. Unfortunately for him we'll still be here to check for the holes in the 'story'," said another.

Others have removed their “If the Boks win, I will fall pregnant” posts.

The Springboks' Faf de Klerk is a whole mood. In fact, if December was a person, it would be him.
Sport
2 years ago

Champions of the World! Boks beat England and conquer the planet

The Springboks are on top of the world again!
Sport
2 years ago
Next Article