In 2011, Liana Barciela Hassim's father had a heart attack while she was studying in the US.

She had five flights ahead of her to make her way home to SA.

Walking on to the second flight, she got the news that her father had died.

Hassim “crumpled” in the queue.

“Throughout the rest of the journey, I cried, wailed and found corners in airports to sit by myself. People stared, gawked actually. Laughed. An American lady tapped me on the shoulder to say, 'Don’t worry honey, you’ll find another man.' The Germans shuffled along quickly as if I had contracted the bubonic plague. Everyone minded their own, mostly,” Hassim said.

She then landed in Johannesburg and everything changed.

“The first Afrikaans tannie who saw me, pulling me by arm, asked me what was wrong, enveloping me in a larger than life hug. She stroked my hair, fed me with something sugary and asked me what I needed.

“Later on in yet another long queue, a gogo, seeing I was distressed, asked what was wrong. Before I knew it, she was whispering to her family in isiZulu, her son pushing past everyone to plead my case. That family made sure I skipped the queue and was taken care of. Everyone felt my pain here. Really felt it. Cared about it too. Genuinely,” Hassim said.

South Africans united in their diversity

In colourful traditional garb and attire, hundreds of South Africans gathered at the Union Buildings to celebrate Heritage Day in style at the annual ...
News
2 years ago

Before that, Hassim thought her future lay in the US - but her memories of the kindness she received at home in SA was a turning point.

“That day I realised how special South Africans are. All of us. Home was not just where the heart was. But home was the place that loved me back. Home was and will always be that place to me.”

Hassim is among at least 224,000 South Africans who are discussing the country on a new Facebook group, #ImStaying. And it's not about crime, the government's failures or all the reasons why emigration looks good.

Instead, #ImStaying is trending with stories of interracial love, kind deeds, local quirks and everything else that makes SA great.

The group, in a promotional audio clip, is described as “a movement swelling on the ground, a group of like-minded people, a group of people that love South Africa”.

Its founder, Jarette Petzer, said that when he started the group on September 7, he never expected it to grow so rapidly.

“I didn’t expect it to become this big. I was getting excited when we hit 1,000 members. And then it started to get really exciting at 5,000 members and then all of a sudden it just started avalanching.”

It's become “so big” that Petzer has given up his day job in real estate to “focus 100% on the group”.

The group's members call it a movement.

“It's definitely helping change lives. We are seeing a lot of people saying, 'Thank you very much, we are coming back to SA.' We see people, who were planning to leave, are now staying. We have heard from people who have said they were really depressed about the current affairs but after switching onto this group, they have been rejuvenated and are in a much more positive state.

“So I think that something just as simple as a change in your mindset can have a huge impact on the environment around you and how you can positively change that environment,” Petzer said.

Petzer acknowledged that there was criticism from some who felt the group was “too positive”. And he admitted that those critics had been blocked. 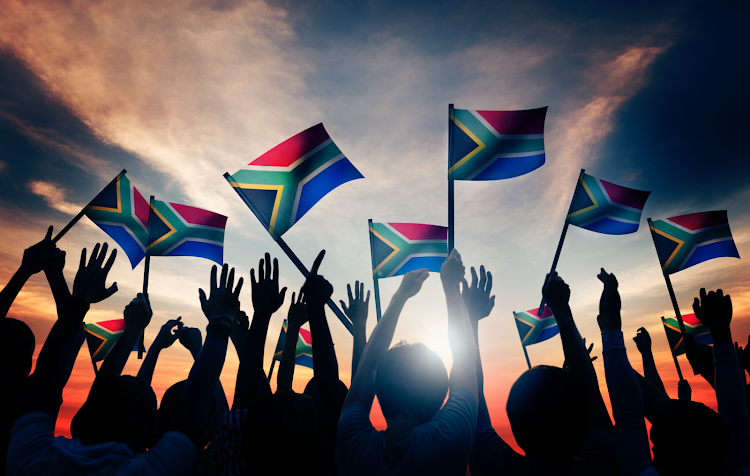