Trial of man linked to string of school burglaries postponed 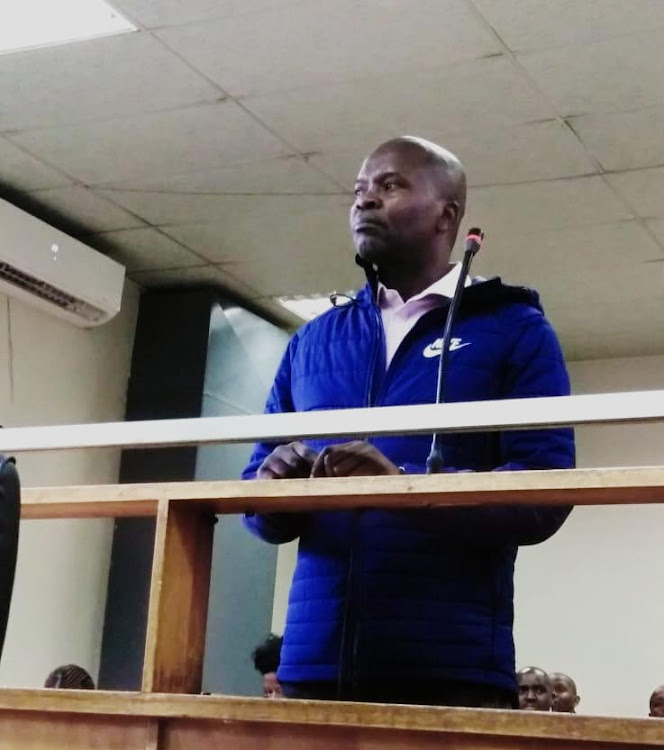 Johannes Luis Khumalo appeared at the Protea magistrate's court on Thursday, charged with a series of burglaries at Gauteng schools.
Image: Nonkululeko Njilo

A 48-year-old man linked to a string of burglary cases at Gauteng schools, as well as a murder, was remanded in custody until next year.

Johannes Luis Khumalo, a Mozambican, appeared at the Protea magistrate's court on Thursday.

Dressed in a branded jacket and jeans, he maintained a straight posture as he faced magistrate David Mhangu.

Khumalo's matter had been set down for trial but the case could not proceed as the prosecution revealed that he had been positively linked to several other cases outside Gauteng.

The investigating officer told the court that Khumalo was positively linked to cases in the Free State, North West and Mpumalanga.

According to a charge sheet seen by TimesLIVE, Khumalo was first arrested in 2013 on a charge of robbery at Sholomane Primary School in Gauteng.

During the robbery, he was armed and took off with valuables worth more than R45,000.

On Wednesday, the Gauteng education department said Khumalo was linked to 56 robberies and murder. This was not mentioned in court on Thursday.

'Schools are hunting grounds for criminals' - R500,000 worth of items stolen in Tembisa

The Gauteng education department is appealing to the community of Tembisa to help identify criminals who robbed the Khulasizwe Primary School of ...
News
2 years ago

Khumalo's advocate, Arnold Mbungela, said his client had a right to a fair and speedy trial.

“My client has been in custody for a long time. He deserves to know his fate. We were misled by the previous prosecutor and told the state was ready to proceed, but it appears that's not the case ... " he said.

At least four state witnesses were present in court and ready to make submissions in the trial. However, Mhangu said it was “impossible to proceed” until a decision was made over the centralisation of the dockets in the cases against Khumalo.

Khumalo was previously released from custody and a warrant was reissued.

Mhangu said he remembered this well, and recalled how Khumalo had missed at least one court appearance – and on his return submitted a letter from a traditional healer in Maputo.

Mbungela could not confirm how many charges his client was facing.