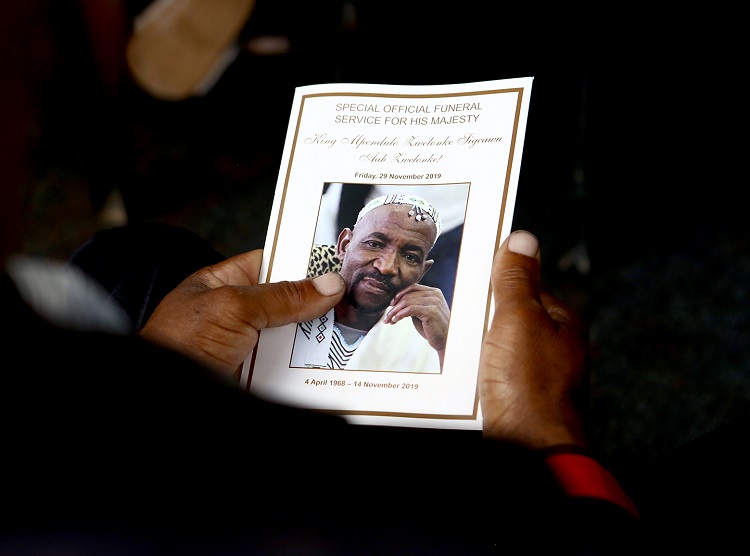 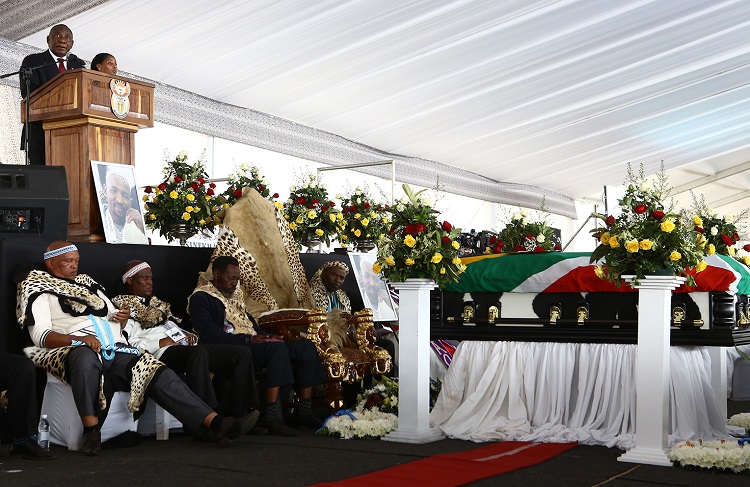 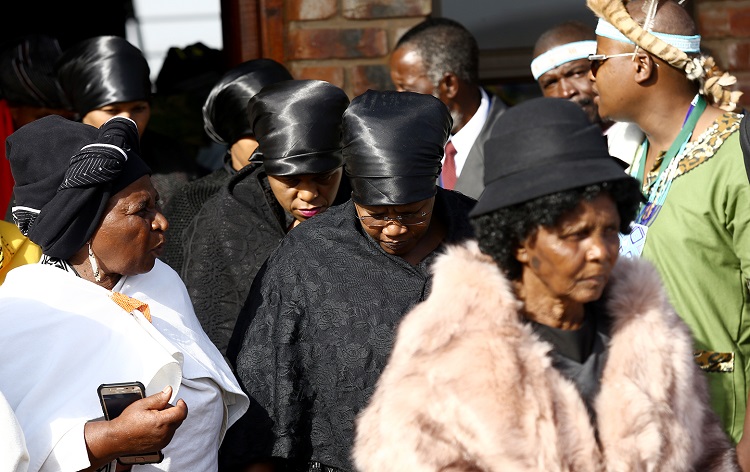 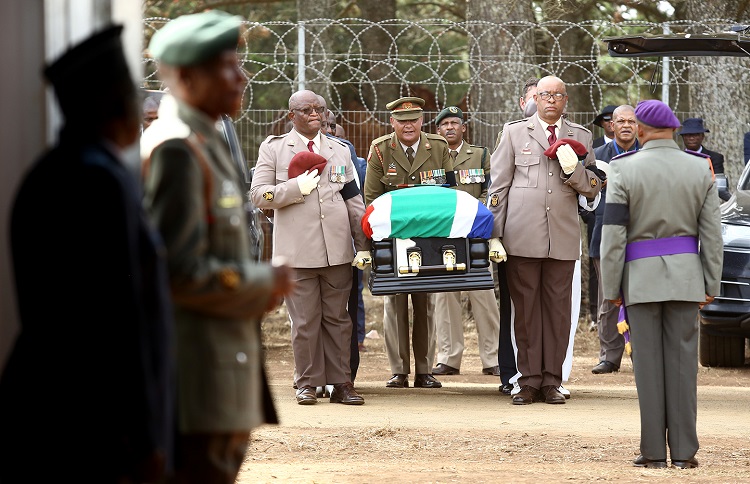 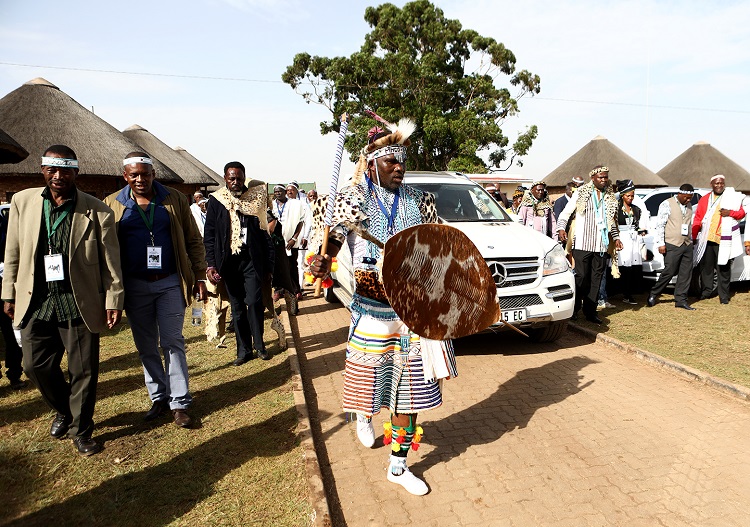 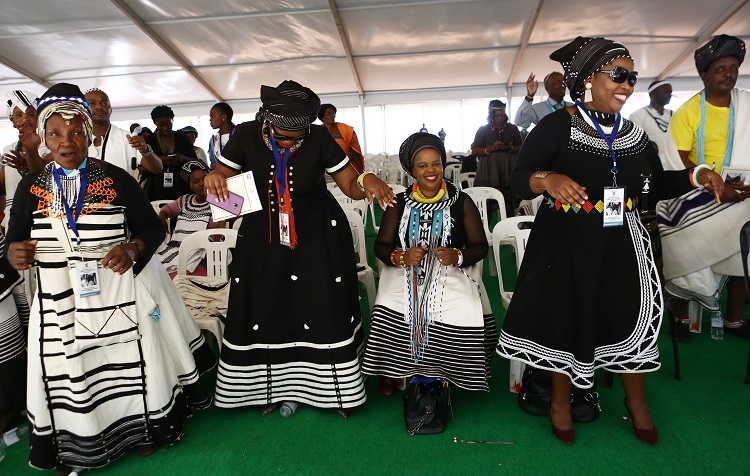 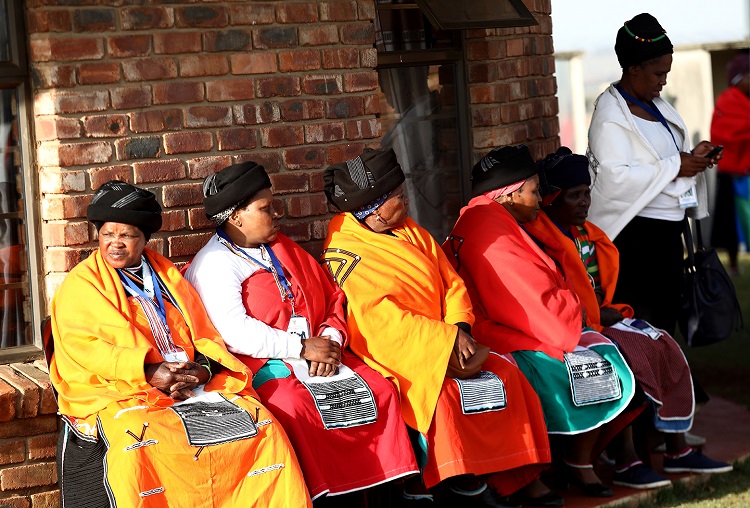 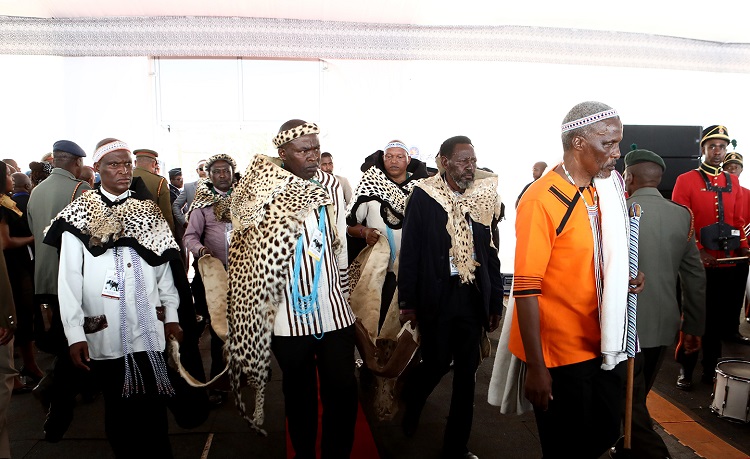 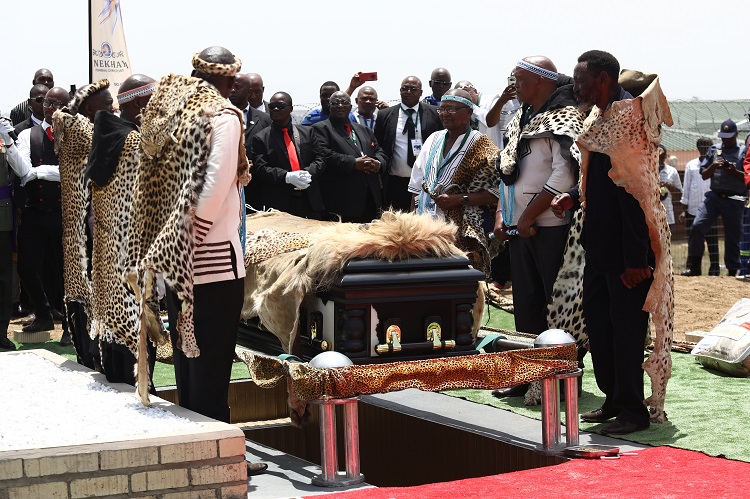 President Cyril Ramaphosa was among the thousands of mourners who on Friday gathered at the Nqadu Great Place, outside Idutywa in the Eastern Cape, to pay their last respects to the late AmaXhosa king Mpendulo Zwelonke Sigcawu.

Sigcawu died on the morning of November 14 2019 after being rushed to the Nelson Mandela Academic Hospital in Mthatha.

The 51-year-old had been the king of AmaXhosa since the death of his father, King Xolilizwe Sigcawu, in 2005.

His funeral was afforded Category 1 status by Ramaphosa, who also delivered an eulogy. The funeral was declared 'the first of its kind' by Officer Commanding Area Military Health Unit Lt-Col Yoliswa Senokwanyane, for its stellar mix of traditional and military honours.

Zwelonke, who was involved in a serious car accident three weeks before his death, was the 22nd Xhosa monarch and the 10th in the lineage of Gcaleka, the great house of King Phalo.

Thousands of mourners, in full traditional attire, from all walks of life, including President Cyril Ramaphosa, on Friday gathered at the Nqadu Great ...
News
2 years ago

The Ndebele kingdom's king Makhosonke Mabena has hit out at government for 'neglecting' traditional leaders, saying some even died as paupers due to ...
News
2 years ago

Jailed AbaThembu king Buyelekhaya Zwelibanzi Dalindyebo has decided that he will not be attending the funeral of AmaXhosa King Mpendulo Zwelonke ...
News
2 years ago
Next Article