The Ndebele kingdom's king Makhosonke Mabena has hit out at the government for neglecting traditional leaders, saying some even died as paupers due to neglect.

“The mere fact that King Sigcawu struggled to pay his medical bills just shows that government doesn't care about kings. We are also people, we get sick as well,” Mabena said, addressing President Cyril Ramaphosa at Friday's funeral of the late AmaXhosa king Zwelonke Mpendulo Sigcawu.

He said they had been interacting with ministers since 2010 about the wellbeing of traditional leaders.

“We are grateful that you have bestowed a state funeral for King Sigcawu ... but that is not enough ... this should be accompanied by resources,” Mabena said.

He also complained about the lack of administrative support for royal councils. “We even struggle to write letters as we do not have administrators,” he said. “We can't pretend that everything is correct when kings struggle,” Mabena said. 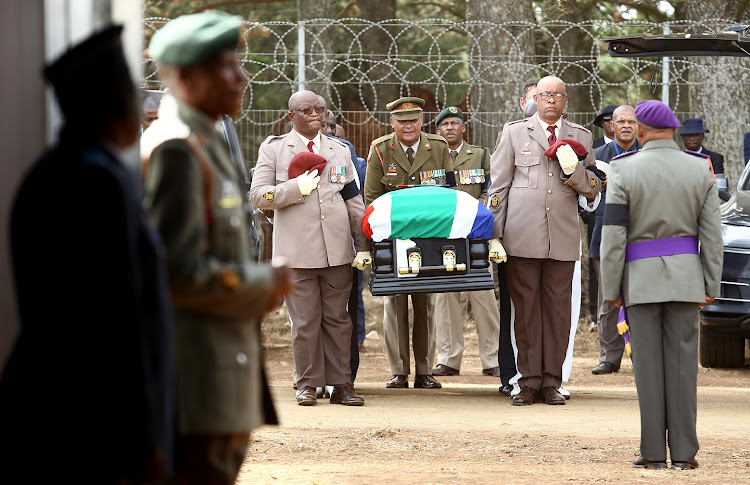 Ramaphosa said the nation had lost a respected leader, who was a pillar of the community and a solid partner to government.

“But he has left behind a legacy of visionary leadership that lives on. We have lost a leader whose impact and influence extended beyond our borders,” Ramaphosa said.

Ramaphosa told mourners that Sigcawu advocated unity among AmaXhosa and hated both tribalism and racism.

The president also spoke of how Sigcawu spoke out against illegal circumcision and the subsequent deaths of initiates.

Ramaphosa described Sigcawu as an outspoken champion of transformation and development, who was always forthright with his views, speaking truth to power.

In addition, Ramaphosa said Sigcawu was vocal about the need for increased constitutional responsibilities for traditional leaders and was critical about the pace of service delivery.

But he remained a patriot and a proud South African.

“He believed that traditional leaders are servants of the people and should lead by example,” Ramaphosa said.

Former president Thabo Mbeki described Sigcawu as a leader who firmly denounced attacks against foreigners resident in the country.

Mbeki told mourners that the country was facing a number of challenges including poverty, unemployment, inequality, violent crime, including crimes against women and children, and drought, which affects millions of people.

Mbeki told mourners that some time before Sigcawu died, he directed that they should meet to discuss what should be done to respond to these challenges.

“I deeply regret that that particular occasion did not arise, though I had the honour to interact with His Majesty on other public occasions, including the days when he visited our family a number of times during the period of the passing away of my mother, Nomaka Piny Mbeki, a lifelong resident in the Xhosa kingdom which had not only fought against the colonisation of our country for over a century, but had also participated in the very establishment of the ANC,” Mbeki said.

Mbeki described Sigcawu as strategic, principled and courageous leader, who truly, selflessly and honestly committed to serve his people.

On Friday morning, scores of mourners in full traditional attire, from all walks of life, gathered at the Nqadu Great Place, outside Idutywa in the Eastern Cape, to pay their last respects to Sigcawu. 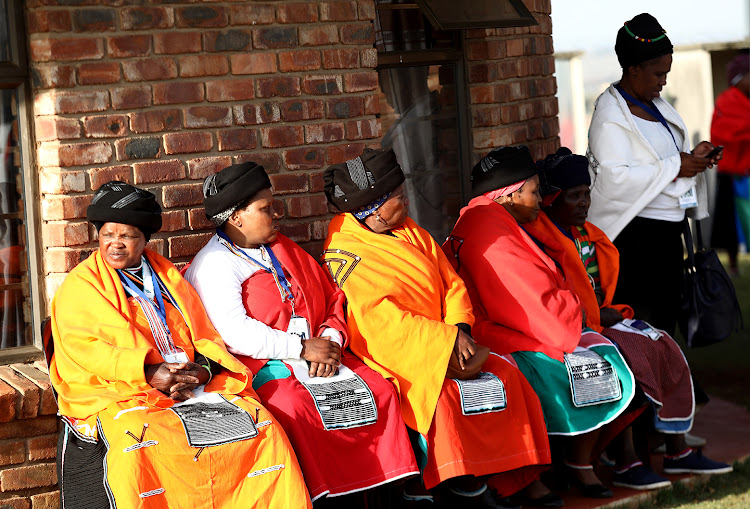 Sigcawu, who died at Nelson Mandela Academic Hospital in Mthatha after a long illness, assumed the mantle of monarchy on January 24 2006 after the death of his father, King Xolilizwe Sigcawu, on December 31 2005.

Zwelonke was the 22nd Xhosa monarch, the 10th in the lineage of Gcaleka – the Great House of King Phalo.

In 2010 Zwelonke was declared legitimate king of all AmaXhosa by then president Jacob Zuma after a determination of the Commission on Traditional Leadership Disputes and Claims, also known as the Nhlapo Commission, which probed the authenticity of traditional leaders in SA.

At 4am on Friday, Sigcawu's body was collected by senior AmaXhosa traditional leaders at a secret mortuary in Idutywa.

On arrival at the Great Place, his body was taken to the main house, as tradition dictates, where he was welcomed by his four wives, eight children, family elders and other senior traditional leaders.

His casket was then draped in a lion and leopard skin.

This was then followed by a two-hour church service, named “ucoceka”, before his entire family could view his body. The wives of the late Xhosa king are seen leaving the royal homestead before the start of the special official funeral at Nqadu Royal Palace.
Image: Masi Losi/Sunday Times

Sigcawu, 51, was involved in a serious car accident just three weeks before his death. The accident, however, has not been attributed as the cause of his death.

At the grave site, Sigcawu was buried next to his father Xolilizwe, at noon.

Only men were allowed at the grave site, as per AmaXhosa tradition.

When his white and brown casket was to be lowered into the grave, the SA flag was removed and the casket was enrobed by the lion and leopard skins (Umnweba) again.

When it reached the bottom, the Umnweba were removed and given to a senior male traditional leader appointed by the family.

Sigcawu's uncle and family spokesperson Xhanti, said the handing over of the Umnweba, was in no way confirming who the next king would be. “This could have been anyone appointed by the family,” he explained.

Thousands of young Xhosa boys due to undergo initiation rites during the summer initiation season will have to postpone their plans for a year ...
News
2 years ago

Shock and praise has met the news of the death of 51-year-old Xhosa king Mpendulo Calvin Zwelonke Sigcawu.
News
2 years ago
Next Article