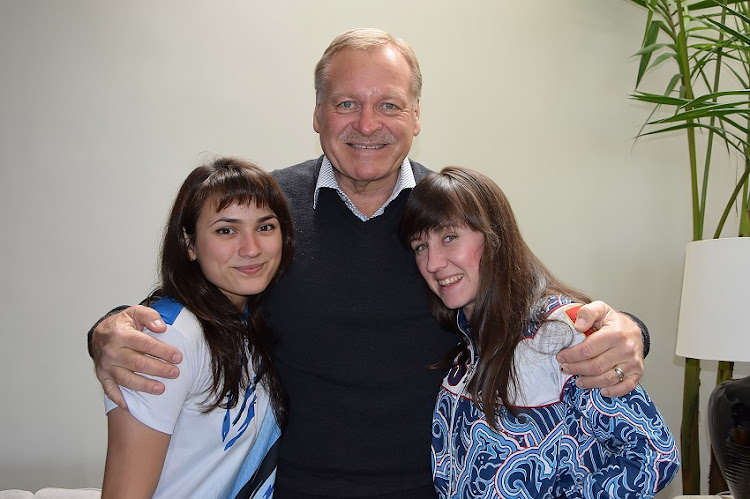 Ockie Oosthuizen‚ who propped up the Springbok frontrow nine times in the early 1980s‚ has died.

After a six-month struggle Oosthuizen has lost his battle with colon cancer.

“It is so sad. He was only 64. Off the field he was a fantastic bloke‚” said Botha who then underlined how fierce Oosthuizen was on it.

“Those forwards who went on the 1981 tour to New Zealand came back in a different class‚ They were so much better.

"They could scrum much better and they could ruck much better. In that 1981 Currie Cup final our Northerns team destroyed the Free State pack. Ockie was instrumental in that.

"I remember it as if it were yesterday. On two occasions a Free State player was on the wrong side of the ruck and Ockie rucked them properly.

“Ockie was a good player. You didn’t become a Springbok because someone liked you‚” said Botha.

He campaigned for player welfare and riled against the establishment for their failure to remunerate players. He even helped rugby league gain a firmer footing in the country.

“Back then when you wanted to improve things for the players the administrators saw it as an attack on the game‚” said Botha.

Oosthuizen’s Bok teammate Rob Louw tweeted: “Rip Ockie Oosthuizen one of the Boks on our 81 tour of NZ land and the states after a fight with the big C love to Susan and family!”

His former Transvaal teammate John Robbie also took to Twitter. “So sad to hear of the passing of my first

Transvaal captain‚ Ockie Oosthuizen. I hadn’t seen him in years but spoke a while ago. Hamba Kahle cappy.”

Oosthuizen made his Test debut as a substitute against Ireland at Newlands in 1981‚ and played his ninth and last Test against John Scott’s England team at Ellis Park in 1984.

The two Tests the Boks lost with Oosthuizen in the team stand at polar opposites.

The Boks lost the last and series deciding Test against New Zealand in Auckland 1981 but the following year they were shocked by Hugo Porta’s the South American Jaguars 21-12 in Bloemfontein.

Oosthuizen scored his only Test try a week earlier when the Boks thumped the Jaguars 50-18 at Loftus.