Violence on the rise at KZN varsity 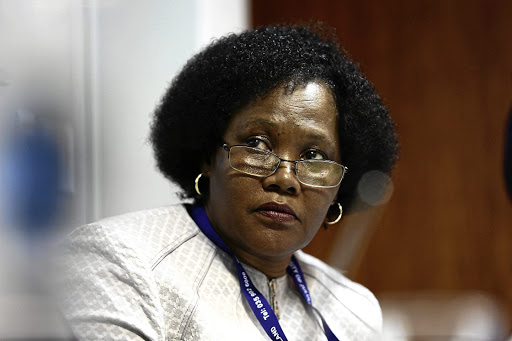 University of Zululand vice-chancellor Professor Xoliswa Mtose fears for her life on and off campus after the murder of the dean of the arts faculty. She has been assigned bodyguards. /THULI DLAMINI

Violence troubling the University of Zululand has forced its vice-chancellor Xoliswa Mtose to walk with bodyguards on campus, fearing that she could be harmed.

This was revealed during an inquiry on transformation at universities conducted by the Commission for Gender Equality in Johannesburg yesterday.

Mtose told the inquiry that when she arrived at her office, she convinced council to stop providing bodyguards to her as she felt it was not necessary.

"The chairperson of council later came to me and said 'write me a letter stating that you have refused the bodyguards and sign it. If anything happens to you, I should be able to give it to your family to say this is what you chose'. I believed there was no need then, but now I see there is," Mtose said.

"In my office, I have not changed the windows, it has bullets marks on the windows where people were shooting the vice-chancellor from the outside."

Mtose said the killing of the dean of the faculty of arts Gregory Kamwendo, had made the sentiment around violence at the university worse.

Kamwendo was killed allegedly for refusing to approve dissertations which did not meet the requirements.

A 20-year-old KwaZulu-Natal man has been arrested for the murder of UKZN student Sinethemba Ndlovu.
News
2 years ago

His death, Mtose added, had resulted in female academics shunning the university's top posts as they fear of being victims of violence.

The Gender Commission is conducting the hearings to investigate how universities are developing policies that respond to gender transformation, sexual harassment, gender-based violence, provide access for people with disabilities and protecting the rights of the lesbian, gay, bisexual, transgender and intersex LGBTI community.

Deputy vice-chancellor at the university Sipho Seepe said students protested last year, complaining that they were raped, robbed and attacked when leaving campus, but no steps were taken.

The protest turned violent and some of the students were arrested and their matter was later thrown out of court.

"Our students, out of frustrations, also destroyed the only satellite police station we have. They burned it down. The community was very angry, saying this was the only facility they had. Our students also disrupted high schools nearby during the protest..." Seepe.

He said there was hope as police minister Bheki Cele has shown interest on what was happening at the university and committed to rebuild the police station.

The family of a University of KwaZulu-Natal (UKZN) student and model who died on Sunday is still reeling in shock.
News
2 years ago

Here's how to increase client performance as a sales manager

University disruptions could see some never getting their degrees: Pandor

Naledi Pandor on Monday expressed concern at the disruptions reported at several KwaZulu-Natal institutions of higher learning.
News
2 years ago
Next Article