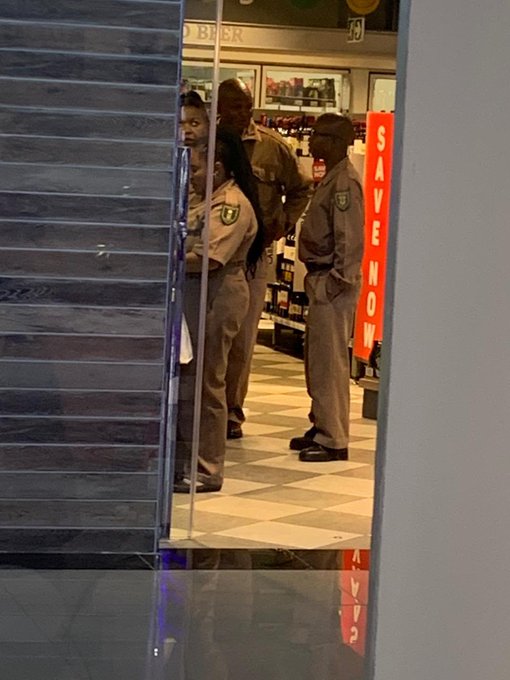 Prison Warders in uniform are seen queuing at a bottle store.
Image: Yusuf Abramjee via Twitter

A photo posted by Yusuf Abramjee on Twitter shows the warders queuing at a bottle store.

He would not comment on whether prison warders were allowed to shop in their uniforms.

“Commenting on that question may put into jeopardy the investigation,” he said.

Twitter users weighed in on the matter, with some defending the warders. Others, however, questioned the legality of going to a bottle store while in uniform.

“But are they drinking on the job? Are they meant to carry spare clothing to work for when they leave after?” asked @Shante _W_.

“We all buy alcohol after work i dont see the difference, imagine working with criminals the whole day u would need a release after,” said @t_dits.

“Is there a statute prohibiting this?” asked Nkanyiso Mhlaba.