How a violent prison protest in East London went down 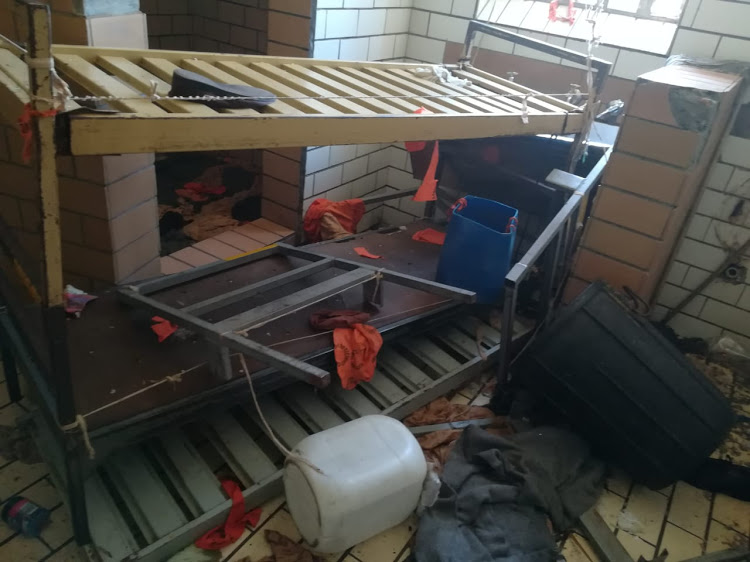 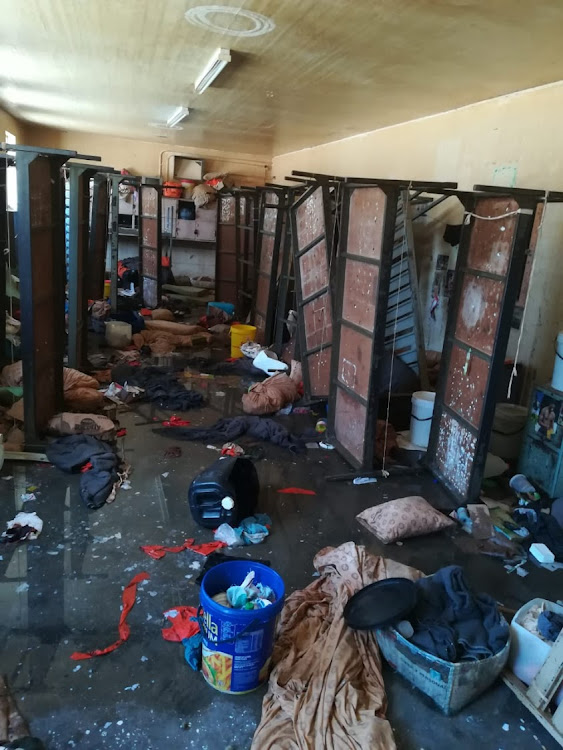 Violent inmates started fires and blocked cell doors as part of a prison protest in East London on Tuesday‚ leaving warders no option but to fight back‚ using “force” and teargas.

Judicial Inspectorate for Correctional Services (JICS) on Thursday released its preliminary report into the incident‚ which took place at the East London Maximum Correctional Centre.

Cupido said the PMC demanded that prison management give feedback to all inmates in one group‚ but that this wasn’t possible.

“This would have posed a security risk‚ with the ratio of inmates to officials being 600/10.”

Management instead decided to give feedback one communal cell at a time.

As this was happening‚ a riot broke out.

At around 2pm‚ prisoners set mattresses and blankets alight and threw them into the passageways and the courtyard. Inmates were also “wetting the floor inside the cell and the passage”‚ said Cupido.

Alleged serial killer among those who escaped from Joburg court

Two prisoners awaiting trial for murder have escaped from the Johannesburg high court.
News
3 years ago

Inmates often try to break out of prison‚ but one East London man decided to go the other way: he broke into the Mdantsane prison facility to try to ...
News
3 years ago

“The inmates also barricaded the doors with beds‚ denying access to the officials. Due to the volatility of the incident‚ the emergency support team (EST) was activated‚ as well as the police‚ to diffuse the situation.

“The head of centre authorised the use of force to be applied after realising the intensity of the incident.”

Some inmates were injured and taken to the centre’s hospital for treatment.

“Firefighters were sent inside the section to douse the fire‚ before the EST and the police were activated. Electricity units were damaged due to the fire from the mattresses and the blankets‚” said Cupido.

Five teargas canisters were used to force prisoners to open the doors‚ but it still took “about 45 minutes” for the inmates to open up. Five inmates were treated at an outside hospital as a result of teargas inhalation.

Seventeen inmates were isolated‚ before they were transferred to other prisons. Five were moved to Kokstad‚ six to Thohoyandou and six to Grootvlei. A case of damage to state property was opened against them.

Cupido said prison riots often increased in December and January‚ when there are fewer officials‚ prisoners got less exercise time and there were fewer programmes running for inmates.

“Even environmental factors such as the weather and temperature can cause a shift in frustration or agitation and may increase the probability of violence‚” Cupido said.

“Another reason for an increase in incidents‚ especially during this period‚ pertains to inmates wanting to be with their families during the festive season‚ which generally creates more tension this time of the year.”