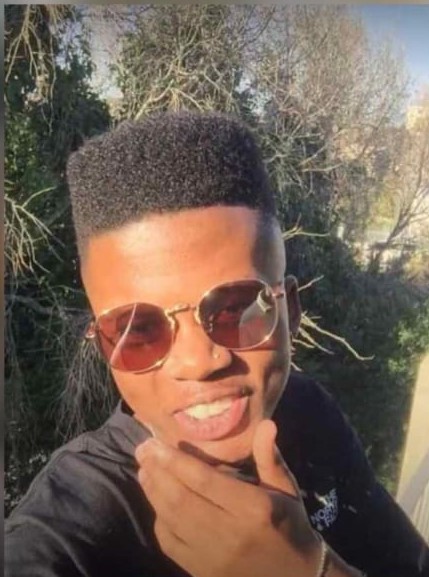 The father of slain University of Cape Town (UCT) first-year student Cebo Mhleli Mbatha is desperately trying to get his son's body back to their home town of Dundee in northern KwaZulu-Natal for his funeral.

Linda Mbatha, 50, spoke exclusively to SowetanLIVE's sister publication TimesLIVE on Tuesday after arriving in Cape Town earlier in the day.

He said he was trying to hold the funeral on Saturday in Dundee, from where the family originates.

“I am trying very hard to get the body back home to Dundee – I hope it will be possible. Since he has been removed from the state mortuary to a private mortuary, maybe tomorrow I can get the body home.”

He said his family, especially Cebo's two younger sisters, aged 15 and nine, and his mother, had been left “devastated” in the wake of the horrific news which broke at the weekend.

“We are trying, we are coping, although it is not easy for us as a family since this thing came as a shock and tragedy. But at the end of the day we must ensure that we take the body where it is supposed to go.”

The 19-year-old first year humanities student was stabbed in the chest on Clifton 3rd beach in Cape Town on Saturday night in an apparent robbery.

“I met the detectives in the morning. They said they're trying their utmost best to ensure they get somebody, although it is hard on their side because it was on the beach and I'm told the beach was very full that day.”

Mbatha said he was told that there were quite a few high school pupils at the beach that day and Cebo had been with his friends a distance away, making them possible vulnerable targets.

“I think they were victims because they were seated far away from where the crowds were.”

The murder of 19-year-old Cebo Mhleli Mbatha has sent shockwaves across SA after he was stabbed in the chest over the weekend.
News
2 years ago

He said he was planning to meet some of the students, who were there on the day of the incident, on Tuesday afternoon.

Mbatha said his family had high hopes for Cebo.

“UCT is very far. Cebo asked me that he wanted to come study here. It wasn't a difficult decision for me, I was happy to have somebody in my family coming here to sharpen his future. It was a very good time during January when he came this side. But here now, it's torture. I was expecting that one day he will come home being something. Just like all parents, who have sent their children here, they are expecting something for them.”

He said Cebo never concentrated on one aspect of school.

“He was all over trying his best, but most of all he was highly academic.”

TimesLIVE reported that the university's spokesperson Elijah Moholola confirmed the news, adding that one of Mbatha's friends was stabbed in the leg, while the other two female students managed to escape unscathed.

The incident comes weeks after 19-year-old Uyinene Mrwetyana, also from the same university, was murdered at the Clareinch post office in Claremont.

A man was stabbed to death and his friend seriously injured during an apparent robbery at Clifton's 3rd Beach in Cape Town on Saturday night.
News
2 years ago

The killing of Durban university of technology (DUT ) student Sandile Ndlovu has shown that the institution is not a safe place for young people to ...
News
2 years ago
Next Article