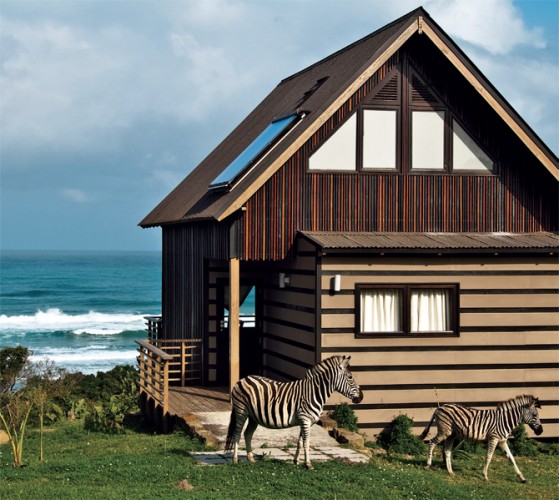 A woman was killed and her husband wounded during an attack at Hluleka Nature Reserve in the Eastern Cape.
Image: Wildcoast.co.za/hluleka

A KwaZulu-Natal security specialist was on his way to the Eastern Cape on Tuesday afternoon to investigate an attack on a couple in the Hluleka Nature Reserve, near Mthatha.

Magma Security and Investigations director Shaheen Suleiman told our sister publication TimesLIVE that he was in a helicopter en route to the scene where the woman was killed and her husband seriously wounded in a stabbing incident in the early hours of Tuesday morning.

He was hired by "someone close to the woman" and a group of farmers in KwaZulu-Natal.

The man, who is a critical condition in hospital, is the manager of a well-known dairy farm in Underberg.

The Underberg Farmers Association confirmed that the man was a member but declined to comment further.

Wife stabbed to death, husband wounded at Hluleka Reserve on the Wild Coast

A woman was killed and her husband gravely wounded in a stabbing incident in the Hluleka Reserve, near Mthatha in the Eastern Cape, in the early ...
News
2 years ago

It is believed that the couple, who married in 2017, was in the Eastern Cape ahead of a wedding.

It is understood that the woman was stabbed repeatedly and died at the scene.

In a statement released on Tuesday afternoon, the Eastern Cape Parks and Tourism Agency (ECPTA) said the couple was booked at Hluleka from Monday and would have checked out on Thursday.

"One guest sustained serious injuries and the other succumbed to injuries. An investigation is under way and names of the visitors cannot be issued at this stage. ECPTA is working with police to assist with the matter,” said ECPTA chief executive offer Vuyani Dayimani.

“As an agency that manages the reserve, we are shocked by this unfortunate incident that took place at one of our flagship coastal reserves and are doing everything in our power to assist with the investigation, as the safety and security of our guests remains a key priority for ECPTA."

The agency referred queries on the incident and investigation to police spokesperson Captain Dineo Koena.

Koena told TimesLIVE that she was awaiting information from the station commander.