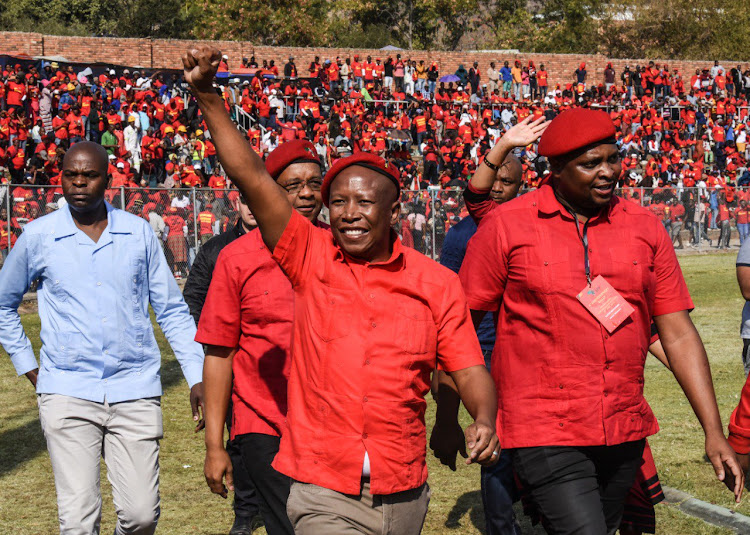 The EFF has welcomed the high court’s ruling to dismiss minister of enterprise Pravin Gordhan’s application to strike out the inspector-general of intelligence rogue unit report from court proceedings.
Image: EFF via Twitter

The EFF has welcomed the high court’s ruling to dismiss minister of enterprise Pravin Gordhan’s application to strike out the inspector-general of intelligence (IGI) rogue unit report from court proceedings.

This comes after the pair accused Gordhan of being corrupt‚ “a dog of white monopoly capital” and claimed that he hated black people.

I don't know what this man stands for.
Opinion
2 years ago

According to a News24 report, Gordhan's attorney Tebogo Malatji confirmed the dismissal, saying the court had not provided reasons for it.

He also accused the EFF of using the report to divert from the complaint lodged by Gordhan which related to defamatory statements.

In a statement on Monday, the EFF said the ruling was a victory.

“We welcome the opportunity given by this judgment for the IGI rogue unit report to be deliberated in the open public court,” EFF spokesperson Mbuyiseni Ndlozi said in a statement.

“They determined that he must be criminally prosecuted. Today's judgment is a victory of accountability against an individual who feels above the law.”

The main case will resume on October 24 and 25.

EFF leader Julius Malema was let off the hook by "corrupt" elements in the National Prosecuting Authority.
News
2 years ago

The Economic Freedom Fighters have lashed out at a court ruling on Thursday which saw President Cyril Ramaphosa winning a key legal battle against ...
News
2 years ago

President seeking review of report
News
2 years ago
Next Article