Thandi Ndlovu was 'abused' by husband 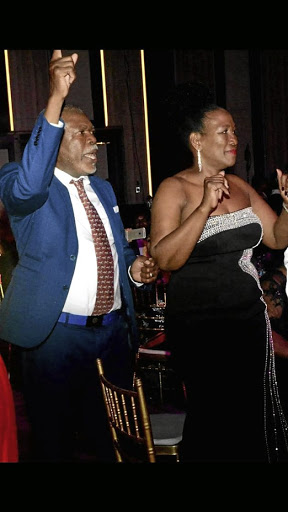 Less than three weeks before her death, Dr Thandi Ndlovu's husband wrote a letter in which he said she should be barred from attending his funeral if he died first.

He also said Ndlovu should be considered a suspect if he died mysteriously.

Alex Molokwane disclosed this in an affidavit in which he said Ndlovu's family should also be considered suspects if he were to die under mysterious circumstances.

In a letter dated August 12 2019, Molokwane wrote: "I declare that my ex-wife, Thandi Cynthia Ndhlovu (sic), should not participate in my funeral arrangements nor mourn my death including her family.

"She is not allowed to collect my death certificate nor my notice of death or any other documents that is required to declare my death," Molokwane wrote.

"She, and her family, is not allowed nor welcome at my funeral [and] should I die mysteriously, she and her family are prime suspects in my death," he continued.

This comes at a time of explosive claims of abuse by Ndlovu's sister, Granny, during her funeral service last Thursday.

Granny said her sister died with a bodyguard besides her as she feared for her life after years of domestic abuse.

"She opened up to me about the horror and pain she went through," Granny said.

"You faced all manner of abuse in your marriage. It was emotional, verbal, physical and shrouded in silence," she told mourners.

She said her sister brought an end to the abuse by walking away.

"She continually lived in fear of her life, and even in death you were in the presence of a bodyguard because you feared for your life."

Safcec boss in waiting is gone
News
2 years ago

Contacted for comment yesterday, Molokwane said he did not wish to speak to the media about the alleged abuse and the letter he wrote.

"I am going through a period of mourning ."

He also wrote a letter addressed to Ndlovu's lawyer in May, to seek a solution to his eviction from their matrimonial home.

In the letter, he said he was kicked out of his lavish Blue Valley Estate home he shared with Ndlovu.

He said he was forced to endure psychological and emotional abuse.

He claimed his Mercedes - Benz was also taken and he was given a Toyota Yaris, which he refused to use.