Dr Thandi Ndlovu lived as if each day was her last 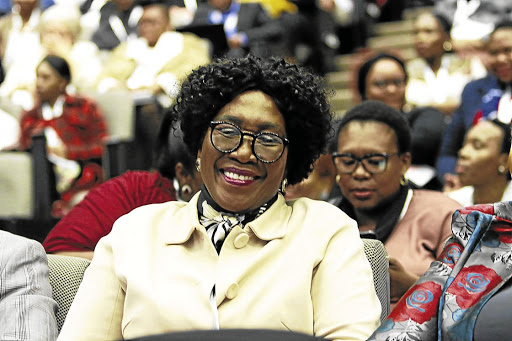 Thandi Ndlovu has died after being in a car crash.
Image: MICHAEL PINYANA

On Friday, family and friends of Dr Thandi Ndlovu who died in a car accident last Saturday will lay her mortal remains to rest at Avalon cemetery in Soweto. For her family and friends, the last week has been especially traumatic.

The national outpouring of grief has been as comforting as it is an illustrator of who Thandi Ndlovu was.

I first met her in the early 1990s. She, her sister Granny Seape and my late husband, Stan Nkosi, had become friends after they took an interest in golf. They had met at the Naturena Golf Course where they regularly went to perfect their rudimentary skills which were then still only drawn from the books they had bought to learn the sports.

No sooner had I met Thandi, than I discovered her calmness and radiant warmth which were but window openings into the vast greenery of her soul.

We found complementary commonalities in each other. We had both given up our youth in the fight for our country's freedom.

She had gone into exile to train as a soldier of Umkhonto weSizwe while I remained as an activist in the country.

Thandi's father had been one of my high school teachers. I later found out that I had served closely with her aunt, while working for the Detainees Parents Support Committee in the 1980s especially after the coming into force of the Nkomati Accord between Mozambique and the apartheid regime.

Our relationship was normal; we spoke about nearly everything.

We discussed party and national politics, talked about motherhood, gossiped about the highs and lows of wifehood, spoke, sometimes in protest, about our place of social disadvantage as women, black people and, later, as businesswomen.

We would wax lyrical and vent frustration about our children, evangelise and opine about interior design and decor.

We philosophised about the meaning and purpose of life in a country and world in which it is far too easy to lose one's navigational beacon.

We were also different. Thandi was a golf player while I am not. She loved partying; I don't.

She lived life in abundance and often remarked that one should live as if today was one's last day. And she did.

These qualities notwithstanding, Thandi was a woman of steel; she was not a walk over.

Very few today recall the barrage of abusive and character assassinating media reporting about her and her company, Motheo Construction Group, which lasted for nearly two years from 1998 onwards. She survived it; unvanquished.

I sometimes felt that Thandi was too accommodating to people who were undeserving of her kindness. As a result, she was taken advantaged of, but she was unperturbed by it.

She always said that those who take on the mantle of leadership of one kind or another should expect that people will, once in a while, trample on them.

Also admirable was her capacity to engage. On one occasion we both attended an international conference of the manganese sector.

At the conference, a Canadian delegate vituperated at length about SA without so much as providing a shred of evidence for his rancour.

Thandi challenged him; her retort swung the conference's attitude about SA as a worthy investment destination.

A gendered-political-activist for social justice, she was passionate about the development of young women in the construction and financial industries.

More generally, Thandi was one of the pathfinders of black economic empowerment in the early 1990s who paved the way for those that followed after. She normalised the participation of black people in sectors of the economy in which we were previously excluded.

Last Friday, 24 of us - all women, Thandi included- had lunch at the African Pride hotel at Melrose Arch, Johannesburg. She spoke about all of us and the nature of her relationship with each one. As usual, she was her jovial self, full of life and exuding positive energy.

Little did we know that it would be the last time that we saw her.

Thandi was a dependable friend, a true sister and a thorough-going humanist.

Writing more than 200 years ago about his fellow national, the eminent novelist, Fydor Dostoevsky, a Russian literary critique said of Dostoevsky: "He was one of ourselves, a man of our blood and our bone, but as one who has suffered and has seen so much more deeply than we have, his insight impresses us as wisdom . that wisdom of the heart which we seek that we may learn from it how to live. All his other gifts came to him from nature, this he won for himself and through it he became great."

It is so true of Thandi. She will be sorely missed.

-Mashile-Nkosi is executive chairperson of Kalagadi Manganese, a mining company based in Johannesburg