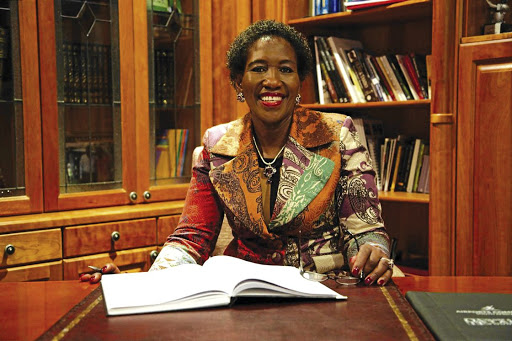 The South African construction industry and a plethora of other organisations of which Dr Thandi Ndlovu was a member, and many citizens who knew her selfless work to the nation, are still reeling from her untimely demise.

Ndlovu, an active member of the SA Forum of Civil Engineering Contractors (Safcec), was tipped to become its president on October 13 at its 80th anniversary.

Dr T, as she was affectionately known, was not only an entrepreneur but an MK veteran and a multi-award winning leader.

She was born in Soweto on December 26 1954. She was the middle child in a family of five children: Leslie, Jeanette, Thandi, Granny and Hastings.

Thandi matriculated from Orlando West High School and went on to study science at the University of Fort Hare.

Shortly after her brother Hastings was killed by police on June 16 1976, she left Fort Hare. Like many in her generation, she joined Umkhonto weSizwe and was a member of what would eventually become known as the June 16th Detachment.

She was deployed in Angola, serving in several positions, culminating in her becoming commander.

She obtained her medical degree in Zambia, and upon her return to SA, set up a medical practice in Orange Farm, where she served the underprivileged community.

She turned what were initially shacks into medical centres equipped to adequately treat those who needed it. This inspired her interest in the construction industry and she founded Motheo Construction Group in 1997.

She became one of the country's leading social housing developers, erecting more than 80,000 units in its 22 years under her leadership.

Rest in peace Dr T, your spirit and legacy live on.