Emotional scenes as 27 slain police officers are honoured in Pretoria 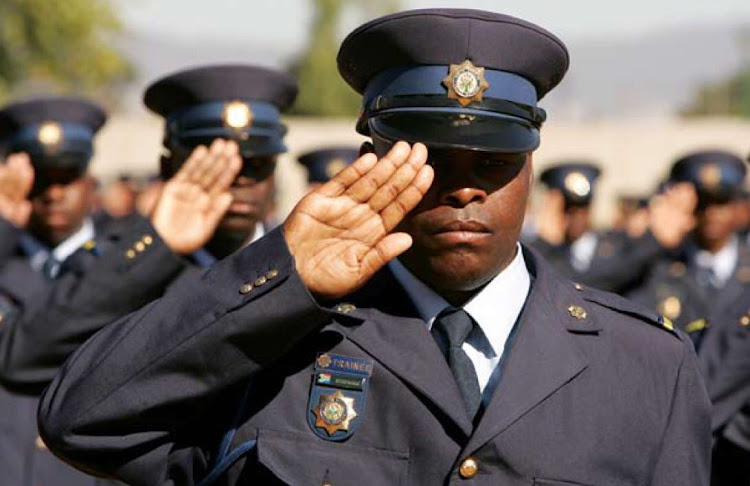 Twenty-seven police officers were killed in the past financial year.
Image: Twitter/@SAPoliceService

The mood was sombre at the Union buildings in Pretoria as 27 police officers killed in the line of duty in the last financial year were honoured on Sunday.

Officials, family and friends laid wreaths in honour of their loved ones during the annual commemoration event. The cries of women, some of them widows, could be heard during the service as speakers took to the podium.

Const Mohope Rankoe, described as a man of action and an officer who was allergic to crime, was among the most recent to have fallen.

The Limpopo-born policeman was killed while responding to a house robbery last week in Braamfischer, Soweto. He and his partner were shot at by alleged robbers.

He is survived by his wife and two daughters.

"We take this opportunity to salute these deceased heroes and heroines, and say to their families and colleagues, your loss is our loss, your pain is our pain, your grief is a grief shared by all South Africans," he said.

Mabuza assured families, friends and colleagues that the deaths of the "fallen heroes and heroines" -  whose names are now engraved on the national memorial wall at the Union Buildings - were not in vain.

While the wounds from losing loved ones were still fresh, Mabuza said the fallen officers should be honoured for displaying courage, striving to maintain law and order and upholding public safety without discrimination.

#sapsHQ 27 Names of fallen heroes and heroines have been added to the roll of honour at the #SAPSMemorial #FinalSalute ML pic.twitter.com/NFhc57bBXj

National police commissioner Gen Khehla Sitole thanked the families of the deceased whom he described as brave, loyal and selfless until the end.

"We want to express our appreciation for the contribution that you've made to SA by  allowing all your loved ones to come and serve and become heroes of the South African Police Service," he said

Sitole said police were confronted by life-threatening situations day and night, seeking neither glory nor praise, and should always be celebrated.