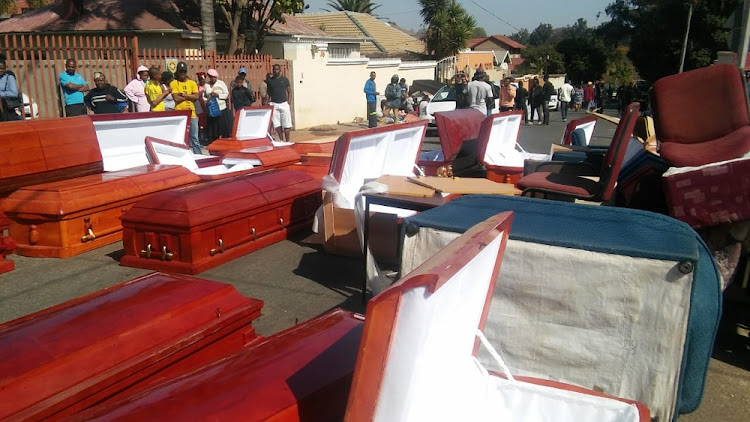 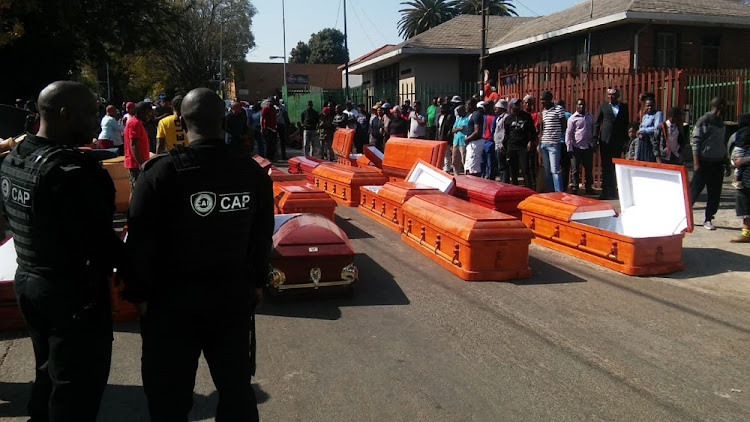 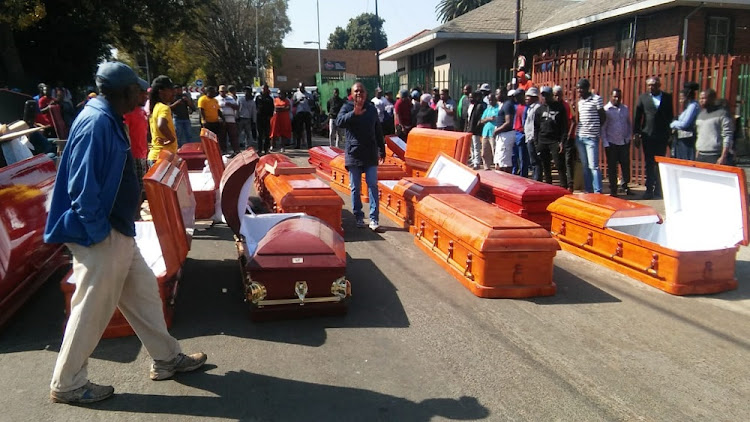 Residents of Orange Grove, Johannesburg, were stunned when they discovered coffins hidden in a house on Sunday morning.

The group of residents raided a house suspected of having a drug dealer staying in it at about 7am.

"We know houses that have drugs. When we arrived at the gate the people inside did not want to open," said Nano Nobesule, one of the residents. "We forced ourselves in and we sensed  a bad smell. We found a lot of coffins, some with tissues containing blood stains," Nobesule said. "Some of the coffins looked new while others had already been used. Some of the coffins had soil [on them]."

The coffins were taken outside by the residents and placed on the street. Police were then called to the scene.

Other houses were also raided by the Orange Grove residents. Furniture was taken out and left on the streets. This is the second raid to be done in the neighbourhood this month. The residents claim that they are targeting houses owned by the Johannesburg Property Company which have been taken over by foreign nationals.

Police used rubber bullets last weekend when the same group began conducting raids. The residents are supported by a group of residents from Alexandra called Dudula. This group has been evicting people of foreign origin in RDP houses in Alexandra.

There were no dead bodies found at the house.