Collen Maine mum on rumours of his resignation from ANC executive 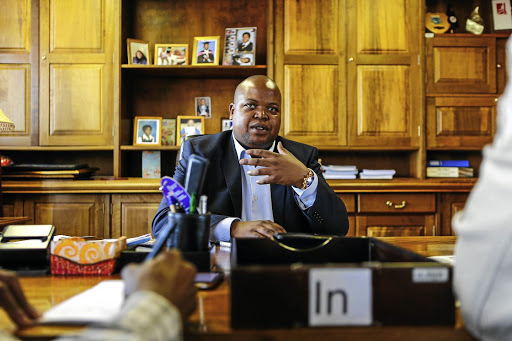 ANCYL president Collen Maine was not named among President Cyril Ramaphosa's executive. He is mum on his future as part of the ANC NEC.

Is ANC Youth League leader Collen Maine on his way out of the ANC national executive committee?

He is, according to insiders close to Maine who spoke to SowetanLIVE on Wednesday.

Maine is said to have confided to his close allies that he intends to resign from the party's highest decision-making body between conferences.

Contacted for comment, Maine said: "I can't confirm or deny the allegation."

Maine resigned as an ANC MP recently after not getting any influential position in parliament.

Talk of Maine's pending resignation comes days before the NEC holds a crucial meeting this weekend. His reasons for possibly leaving are unknown.

According to the insiders, Maine would be resigning only as an NEC member and will remain a member of the ANC.

Asked if he planned to resign from the party, Maine said: "My blood is black, green and gold."

Embattled ANCYL president Collen Maine has resigned as a member of parliament.
News
1 year ago

'Only I have the password - Oros can’t log me out. Disband now!' read one recent tweet from the ANC Youth League.
News
1 year ago
Next Article