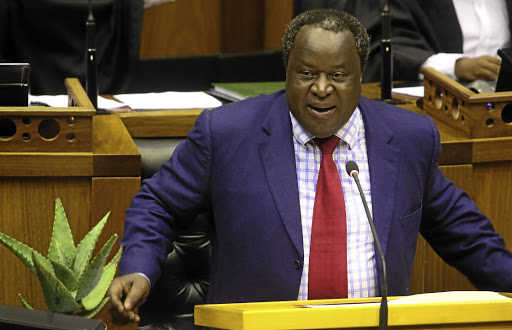 The government has allocated an extra R59bn to struggling state-owned power utility Eskom over the next two years.

This is so it can service its debt, a special appropriation bill seen by Reuters yesterday showed.

Eskom, which supplies more than 90% of SA's electricity but was forced to implement power cuts this year, fails to generate sufficient profit to meet its debt servicing costs and has required state cash injections to stay afloat.

"For the purpose of promoting transparency and the effective management of the amount... the minister of finance [Tito Mboweni], in writing, may impose conditions to be met by Eskom before any part of the amount is transferred," the bill read.

Mboweni is expected to discuss the bill in parliament today.

In April, Mboweni authorised more than R17bn for Eskom following a delay in the utility accessing funding from the China Development Bank.

Beyond the cash injections, SA is also weighing other support options for Eskom, including swapping the firm's debt for government bonds or ring-fencing it in a special account, a senior Treasury official said earlier this month.