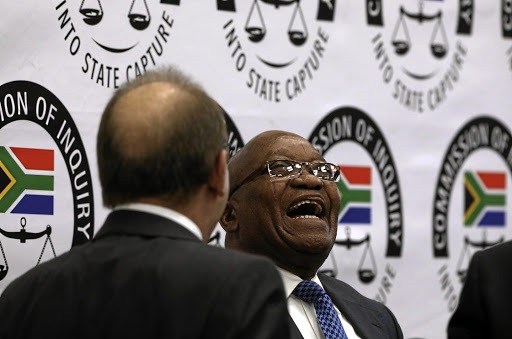 Ex-president Jacob Zuma's appearance and evidence under oath at the Zondo commission was a sham. He made a mockery of our democracy and insulted our legal system. Zuma will go down in history as the Houdini of the 21st century.

SA today wades through uncharted stormy waters. We are tightly trapped in a political cul-de-sac.

We are indebted to the previous political leadership in the form of political arrogance, glorification of rampant corruption, sycophancy and other manifestations of political decay.

Political stewardship was sadly lacking. These arrogant elites believed that no matter what policies they enact, there would be no disastrous consequences.

Unchecked executive power, it seems, does a lot more than corrupt, it also coarsens and stultifies.

The vampires of state capture reach beyond the trajectories of national politics, exercising influence that has no allegiance, and displaying arrogance that is truly disturbing.

They feel no remorse for provoking a political crisis, while justifying a bloated money-obsessed culture of greed and blatant theft, causing pain for our fragile rainbow democracy.

The previous top political leadership had reached it's maximum ruthlessness, it used its vast political power to tyrannise over the country.

The tragic decay of our politics will probably continue, until some major shocks come along to catalyse true reform and galvanise a new coalition into action.