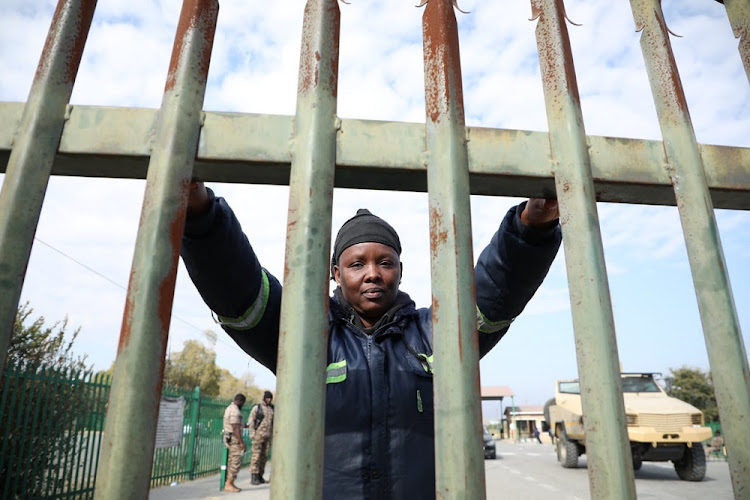 Mapule Montsho, one of the 290 mine workers who staged an under--ground strike at Lanxess Chrome Mine, is excited that the strike is expected to end today following NUMSA and the mine management negotiations.
Image: SANDILE NDLOVU

The nine-day strike by 290 Lanxess chrome mine workers is expected to come to an end on Thursday.

The workers, who have been staging an underground sit-in since last Wednesday, are demanding that a mine captain accused of sexually harassing one of the workers be suspended with immediate effect.

Mapule Montsho, an assistant artisan who spent the past nine days sleeping out in the open in order to relay information from the union to the strikers, said the management has agreed to workers' demands.

"It has been agreed that all the 290 striking miners will not be dismissed and the mine captain will be suspended immediately," Montsho said.

"The cases of the dismissed 50 comrades have been divided into three categories, those who previously won their cases will be allowed back at work. The other cases will be investigated internally but, in the meantime, the workers will be paid and the company will also do union verification before the end of next week."

"On Tuesday evening the workers were in high spirits because they got food. The last time they had something to eat was on Monday morning, which is what contributed to some of them getting sick. We only survived by drinking water," said the mother of four.

Pule Majalenyane, an official from the National Union of Metalworkers of SA (Numsa) who had also been camping outside the mine, said: "There is a big possibility that the workers will reunite with their families today."

He said Zwelinzima Vavi, the president of SA Federation of Trade Unions, and Numsa general secretary Irvin Jim were expected to address the workers on Thursday.