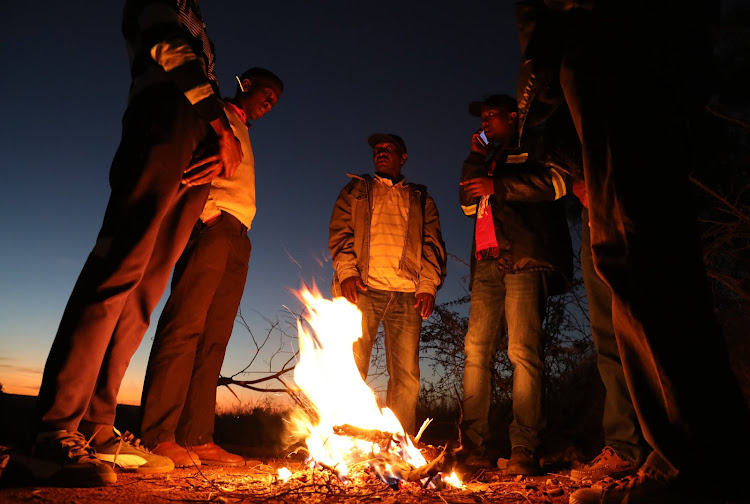 A  leaked video of mineworkers pleading for their lives before heavily armed security guards at LanXess has emerged.

The video was taken on Tuesday evening at the mine where 290 mineworkers have staged a protest underground for seven days now.

The miners are demanding that a mine captain accused of sexually assaulting a female worker be suspended.

Families of the mineworkers who staged the sit-in undeground  have kept vigil outside the mine gates keeping warm by burning fires.

They are all hoping for the safe return of their family members.

A group of nearly 50 women are protesting outside Lanxess chrome mine in Rustenburg demanding mine managers to release their husbands, partners and ...
News
2 years ago

National Union of Metal Workers of SA which represents most of the miners who embarked on the protes said they feared the mine was now adopting a heavy handedness approach  by sending guards to remove them.

Numsa spokesperson Phakamile Hlubi said the union was worried because on the first day of the strike it requested for their shopstewards to go underground and address the worker's but the company refused.

"We are shocked when we see footage of heavily armed security guards interacting with striking workers," she said.

"We are very worried because we don't know what they will do. Is this another Marikana massacre waiting to happen?. Why is LanXess denying us as Numsa [a chance] to address our members and resolve this peacefully what is their intention."