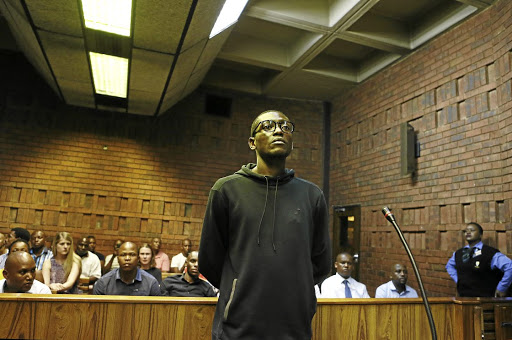 Judge Cassin Sardiwalla of the North Gauteng High Court in Pretoria yesterday gave reasons why he rejected Mathibela's application to have his arrest declared illegal.

The 32-year-old had approached the court to have his March 13 arrest declared illegal. He argued that the police had no evidence linking him to charges of assault, extortion and intimidation following allegations he ran an extortion ring in Mamelodi, northeast of Pretoria.

Mathibela had allegedly been on the run before handing himself over to the Germiston police in Ekurhuleni.

Sardiwalla said Mathibela knew that he was being sought by the authorities but failed to present himself, despite his lawyer advocate Solomon Mkhabela promising to submit him for booking.

"Counsel for the applicant [Mathibela] has not indicated to this court that a proper investigation process was not followed nor has alleged which of the jurisdictional facts were not satisfied by the fourth respondent [minister of police Bheki Cele]," Sardiwalla said.

He said Mathibela is not even alleging that his arrest was wrongful but only that the procedure of not effecting his arrest by execution of a warrant was unlawful.

"In fact, the applicant [Mathibela] requests that he can only be arrested by way of a warrant of arrest and that such warrant be served on him together [with] the affidavits used in support of the application for the warrant of arrest," Sardiwalla said.

This arrest triggered the state's application to have his R50,000 bail in North West billionaire and business mogul Wandile Bozwana's murder case, in which he's one of the accused, revoked and forfeited.

His bail in the Bozwana matter was provisionally withdrawn, rendering it impossible for him to apply for bail in the Mamelodi extortion case and Johannesburg robbery matter.

The state alleged that Mathibela violated his bail conditions by leaving the country and failing to report at the Midrand police station every Friday. The Bozwana trial is scheduled for July.

Mathibela's armed robbery matter has been set down for trial on June 21. This after he appeared briefly in the Johannesburg regional court on Monday where he faces a charge of robbery with aggravating circumstances.

The state alleges that Mathibela pretended to be a policeman and robbed a Chinese businesswoman of a large sum of money in Cleveland, Johannesburg, four years ago.

The woman's vehicle was allegedly stopped by Mathibela and an accomplice, believed to be his close friend, both dressed in police uniform. Armed with police-issued R5 rifles, they robbed the woman.