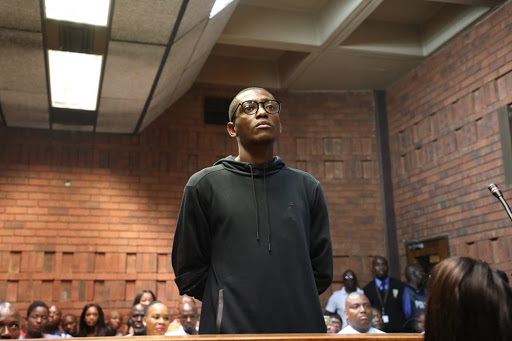 Lawyers for Mamelodi's notorious taxi boss Vusi "Khekhe" Mathibela are arguing in court that police gave him his passport back to travel to Mauritius last year.

Mathibela is appearing before the North Gauteng High Court in Pretoria as the state has filed a motion to have his bail in the murder case of businessman Wandile Bozwana revoked.

The state alleges that Mathibela violated his bail conditions by leaving the country.

It is applying to have Mathibela’s R50,000 bail money forfeited and his bail revoked.

There was a large presence of police officers from the tactical response unit in combat gear, some wearing balaclavas and carrying automatic rifles, inside the courtroom.

Mathibela appeared relaxed ahead of his appearance, and even had a lengthy conversation with a member of the public while standing in the dock.

Mamelodi's notorious taxi boss Vusi "Khekhe" Mathibela will have to wait a bit longer before knowing if his bail in the murder case of businessman ...
News
3 years ago

Mathibela's lawyer Annelene van den Heever told the court that Mathibela had complied with his bail conditions, including handing over his passport and a title deed to his property.

She said following arrangements between a police captain and his lawyer, Mathibela was given his passport to travel on October 25 last year.

"The accused [Mathibela] travelled with his family to Mauritius on a family holiday... his lawyer Mr Mkhabela spoke to Captain Xulu about the accused needing to travel and his passport was handed back to him," Van den Heever said.

Xulu was initially part of the police's investigating team into the murder of Bozwana.

This was disputed by investigating officer Constable Evans Mongwe who said he was informed that Mathibela was in possession of his passport because he didn't hand it over, in contravention of his bail conditions.

Van den Heever is also arguing that on dates that Mathibela did not report to the Midrand police station as  per his bail conditions, prior arrangements had been made with police.

Judgment to be heard this week
News
3 years ago

Mamelodi's feared taxi boss Vusi Mathibela was arrested while preparing to go on a holiday to Dubai despite his bail conditions preventing him from ...
News
3 years ago
Next Article