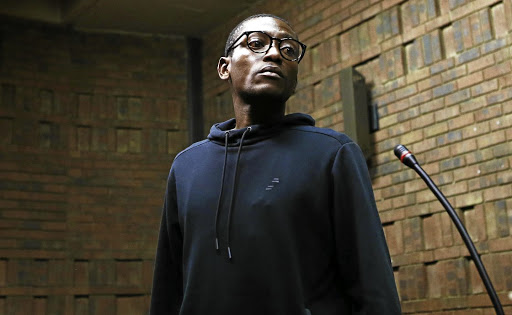 The police officer who allegedly gave notorious Mamelodi taxi boss Vusi “Khekhe” Mathibela his passport to travel out of SA has denied ever being in possession of it.

Xulu took the stand after being subpoenaed to testify whether he had played a role in Mathibela’s violation of his bail condition in the murder case of North West businessman Wandile Bozwana when he travelled to Mauritius for a holiday.

The state is applying to have Mathibela’s R50,000 bail forfeited and his bail cancelled for violating his bail conditions by leaving the country.

Mathibela has claimed that he had permission from Xulu, whom he alleged gave him the passport to travel.

During cross-examination, defence advocate Annelene van den Heever put it to Xulu that he gave Mathibela his passport before he travelled to Mauritius from October 25 to 29 and collected it again upon his return.

Van den Heever further put it to Xulu that he followed the same procedure prior to Mathibela’s arrest in March.

At the time of his arrest, Mathibela was preparing to go on another holiday to Dubai with his family.

Xulu maintained that he was never in possession of Mathibela’s passport and that the 33-year-old taxi boss had not handed over his passport and title deed as per his bail conditions.

Lawyers for Mamelodi's notorious taxi boss Vusi "Khekhe" Mathibela are arguing in court that police gave him his passport back to travel to Mauritius ...
News
3 years ago

He told the court he was part of an eight-men investigating team which was later reduced to three. “All the officers in the team were given different tasks. When the accused was given bail at the [Pretoria magistrate’s court sitting in the ] Kgosi Mampuru court on January 11 2017, I was tasked with opening a file for him at the Midrand police station where he had to sign in once a week as his conditions stipulated.

“Another task that was given to me was to verify the address of a co-accused, while other members were tasked with other things as well.”

However, Van den Heever put it to Xulu that Mathibela’s passport and title deed to his Midrand house were given to him on the day the taxi boss was granted bail.

“According to the transcripts from court proceedings of January 11 2017, the prosecutor instructed Mr Makhubela, who was representing the applicant, to hand over the documents to the investigating officer which was you because you were testifying against the applicant’s bid to be granted bail.”

Xulu denied this and said he would have noted down the handing over of the documents in his diary and would have further made Mathibela sign as proof.

“I did not accept the passport or the title deed because I would have signed for it and would have asked the applicant to sign as well because those are official documents.”

Mathibela was arrested on a separate matter on March 13 on charges of extortion, intimidation and assault. He subsequently appeared in the lower court and is still in custody.

Xulu was part of the police’s investigating team into the murder of Bozwana. However, two officers who took the stand yesterday, disputed that Xulu was the investigating officer and said he was removed from the case with other officers.