Outcry as free-roaming elephants are moved to Joburg Zoo, despite overwhelming protests 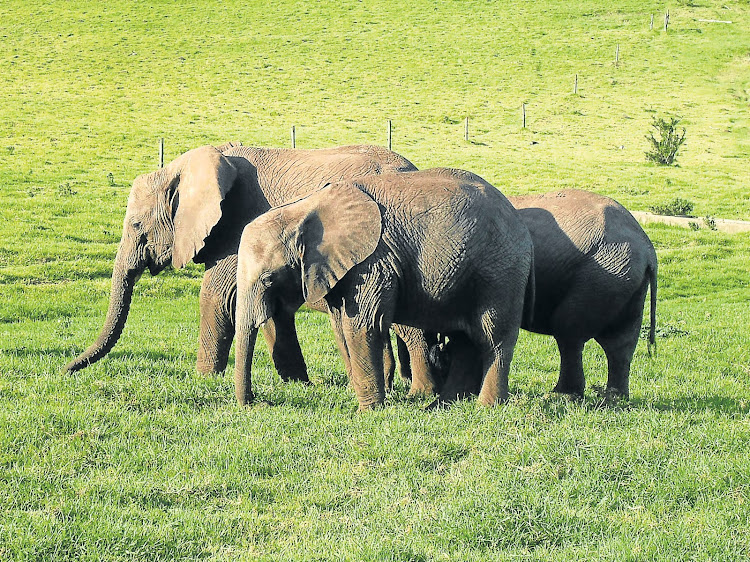 Two elephants have been relocated from the Eastern Cape to the Joburg Zoo despite protests.
Image: SHAUN GILLHAM

Two free-roaming elephants from the Eastern Cape have been relocated to a small, barren enclosure in Joburg Zoo.

The move ignores more than 300,000 signatures to public petitions and a letter from leading elephant management experts to break the cycle of captivity.

The elephants were sold to Joburg Zoo in a deal done behind closed doors.

According to a sworn affidavit the Gauteng department of agriculture and rural development (GDARD), "issued no permits for the import and transportation of captive elephants into the province of Gauteng in the period from December 1 2018 to May 13 2019".

GDARD is responsible for issuing moving permits for the elephants.

According to Ban Animal Trading (BAT), GDARD chose to hide information from the public, whom they are mandated to represent.

"GDARD and the Johannesburg Zoo have clearly worked together to hide the truth from the public," they say.

No comment was received on when the permits were finally issued. The elephants arrived in Johannesburg on Thursday June 13.

Brett Mitchell, chairman of the Elephant Reintegration Trust (ERT), says it is a disaster waiting to happen.

The Addo Elephant Park is adding technology to its infantry to battle poachers.
News
3 years ago

"These elephants were taken straight from a free-contact situation into a protected enclosure with no transitional period. There is no space in the enclosure, which is surrounded by a moat system which they have never had to deal with," said Mitchell.

The two new elephants, a 21-year-old male named Ramadiba and a 19-year-old female named Mopane, were initially captured from the wild before being sold to the Eastern Cape-based Inkwenkwezi Private Game Reserve near Chintsa. The reserve offered elephant interactions to paying visitors, with Ramadiba and Mopane as main attractions.

They now join Lammie in the enclosure.

Both Lammie and her previous partner, Kinkel, who died at the zoo, have been injured after falling into the moat. In 2001, Lammie fell in and was reported to have "both right legs stiff" and broke her tusk, but survived. Kinkel fell into the moat in 2007 but was apparently uninjured. He died at the zoo in September last year after a long-term history of chronic colic and eating sand. He was 35 years old.

Following his death, Joburg Zoo stated that the elephant enclosure would be enlarged. However, no such improvements have been made.

ERT, together with leading elephant management organisations Humane Society International - Africa and the EMS Foundation, has been working since September last year to release Lammie to a rewilding facility with a herd of previously captive elephants.

• This article was supplied by the Conservation Action Trust