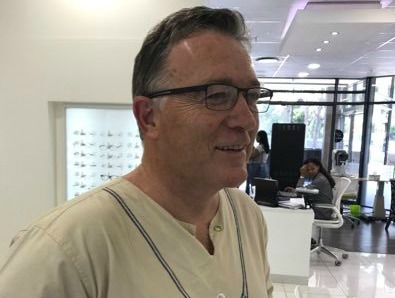 Western Cape ANC politician Cameron Dugmore on Friday laid a charge against the anonymous "@nothelenzille" Twitter account, which he accused of spreading defamatory and scurrilous claims about him.

"Among the many malicious and unfounded allegations made by this faceless account, which I had elected to ignore until now, is the highly divisive claim that I was party to a plot to undermine the leadership of President [Cyril] Ramaphosa during the provincial and national government elections campaign," he said.

Dugmore said the holder or holders of the Twitter account had, through these claims, unlawfully, intentionally and seriously impaired his dignity in the public domain. This, he said, was the reason why he had decided to formally lay charges and allow the law to take its course.

On Saturday, Dugmore said he had received a commitment from the police that the charge would be investigated.

He said he had also reported the "@nothelenzille" account to Twitter and was waiting for a report in that regard.

Dugmore said the Twitter account had also accused the ANC Gaby Shapiro branch, where Dugmore is an ANC branch member, of having benefited from misappropriated funds during the election campaign.

"These baseless allegations, which the branch has publicly distanced itself from, hurt the image of the organisation thereby bringing the ANC into disrepute," he said.

Demonstrators have given the leadership of the ANC in KwaZulu-Natal until Monday to reach out to them and receive their memorandum.
News
2 years ago
Next Article