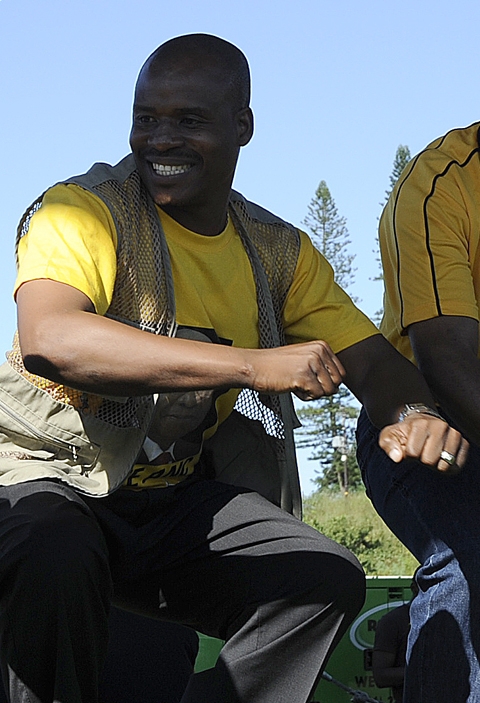 She said the party would mourn him by working towards unity.

In a statement on Friday, Gumede said Xulu, who served as ANC regional chairperson while she was the regional treasurer, died at a time when the organisation was going through a period of reflection.

"His passing comes at a time when we were having deep reflection on the current situation of our region in a quest to promote unity. He is one of the leaders who have been instrumental in starting engagements that will unite this region," said Gumede.

"In his wonderful memory, we will continue to rebuild and unite the movement and the alliance in the region and province, because unity is sacrosanct. We will use this mourning period to reflect and work towards unity."

People learnt violence from their leaders

BLOCKING roads with stones, burning tyres and ANC offices, sit-ins, burning the ANC flag and T-shirts with the faces of Jacob Zuma or Thabo Mbeki, ...
News
10 years ago

Gumede, who is the current ANC eThekwini region chair, is herself under siege as there are moves afoot to oust her as mayor after she was charged for her alleged role in the R208m solid waste tender scandal which has rocked the country's third-largest metro.

She is out on R50,000 bail after appearing in the Durban Commercial Crimes Court on Tuesday along with councillor Mondli Mthembu. They are both facing charges of  influencing the awarding of tenders in the municipality.

Gumede described Xulu as a "humble and hard working community leader who has always been an activist of our ANC movement".

Xulu was among 10 councillors and 161 employees of the eThekwini municipality who raked in more than R19m from doing business with the city, according to the Manase forensic report, which investigated R3.5bn worth of contracts awarded by the municipality over 10 years.

A member of the ANC was brutally killed in an apparent hit in northern KwaZulu-Natal on Sunday.
News
2 years ago

The 7,000-page report, released seven years ago, found that seven contracts were awarded to councillors' companies in contravention of the municipal supply chain management act. It found that a further 46 contracts valued at R5.4m were awarded to council officials and an additional 124 contracts valued at R45.5m were given to companies owned by civil servants employed by other government departments.

Xulu, who was fined a year's salary over the city contracts, told the investigators that he had been warned by the then municipal manager, Mike Sutcliffe, to resign from any companies which had contracts with the city, which he said he had subsequently done.

The Manase report was the outcome of a forensic investigation commissioned after the auditor-general found that the city had irregularly spent R355m.