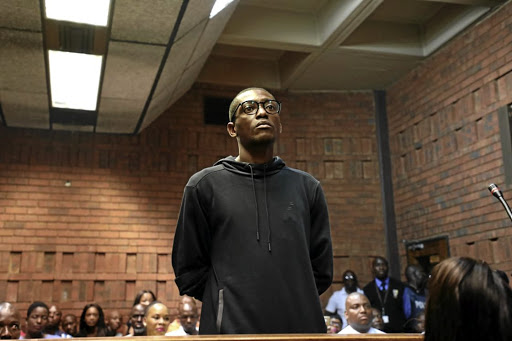 Vusi Mathibela appeared overwhelmed the interest in him as made his first appearance in the Pretoria magistrate's court on charges of extortion, fraud and assault yesterday.
Image: Thulani Mbele

The once feared Mamelodi taxi boss, Vusi Mathibela, was reduced to a laughing stock after he was allegedly pulled and shoved around in what seemed like a parade, barefoot in the township.

Mathibela, 32, was apparently paraded in handcuffs, in the township he had allegedly terrorised for years, by police officers following his arrest. This was seemingly to show locals that Mathibela was finally tamed.

Community members, who witnessed the incident, claimed Mathibela was shoved around in full view of the locals who once feared him.

"Khekhe", as he is popularly known, was taken to the Mamelodi Long Distance Taxi Association offices on Wednesday where officers ransacked the premises in search of evidence linking Mathibela to his charges.

A community member who asked not to be named, as he fears for his safety, told Sowetan Mathibela was escorted to the offices by at least 40 armed officers.

"Some of them had balaclavas and some drove unmarked cars. They took him to Malta's offices where they took laptops and files," the community member said.

Mamelodi’s number one tsotsi Vusi “Khekhe” Mathibela claims to have been assaulted by police officers after he was arrested.
News
2 years ago

Another resident said police also took Mathibela to his parent's house in Mamelodi East which was also raided.

"It was sad to see him like that. He was pulled around and shoved into a vehicle before they left. He didn't look like a man who's feared in this township. People were laughing at him. It's like a new year's party in Mamelodi right now. The community is relieved," the resident said.

Mathibela appeared in the Pretoria magistrate's court yesterday on charges of extortion, fraud and assault.

During court proceedings, Mathibela alleged that he was assaulted by a number of police officers and members attached to the Tactical Response Team.

The taxi boss, also known as Nyawana because of his limping, hobbled into the dock inside a heavily secured courtroom and building. 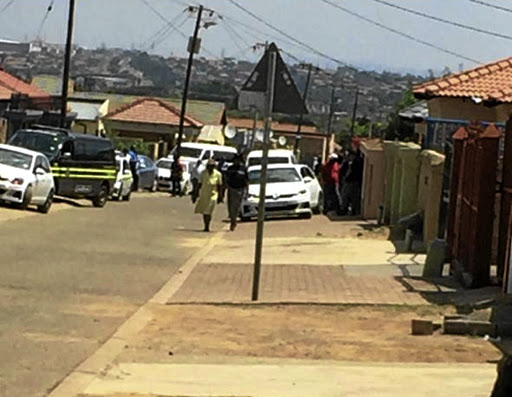 Mathibela, who appeared taken aback by the large contingent of media personnel, wore a black top and black-framed glasses.

He appeared to have a slight gash on the right side of his upper lip. His matter was not without drama as his attorney, Annelene van den Heever, challenged the lawfulness of Mathibela's arrest.

Van den Heever read Mathibela's affidavit in which he also alleged that he was assaulted by police officers after he was detained in Germiston on Tuesday.

In his affidavit, Mathibela alleged that arrangements were made with his lawyer, Advocate Solomon Mkhabela, and the investigating officer for him to hand himself over to the police after a warrant of arrest for him had been issued.

Mathibela further alleged he was informed that he was not arrested in terms of the warrant of arrest nor were they furnished with the docket.

"At a later stage I was booked out by a large contingent of police officers who assaulted me," Mathibela alleged in his affidavit.

While reading Mathibela's affidavit, Van den Heever said they would deal with the
assault issue at a later stage.

"My client was taken to a hospital where the injuries he sustained were noted."

Brig Vish Naidoo said he could not comment on the allegations made by Mathibela as they were said in a court of law. He said police would allow due process to unfold.

Mathibela is expected to apply for bail today with his spokesperson Elias Skhosana and his associate Stemmer Monageng in court.

Police minister Bheki Cele has vowed to bring an end to a Mamelodi controversial taxi boss' reign of terror.
News
2 years ago

The name Vusi "Khekhe" Mathibela strikes fear in the hearts of many taxi operators and business people in Mamelodi.
News
2 years ago
Next Article