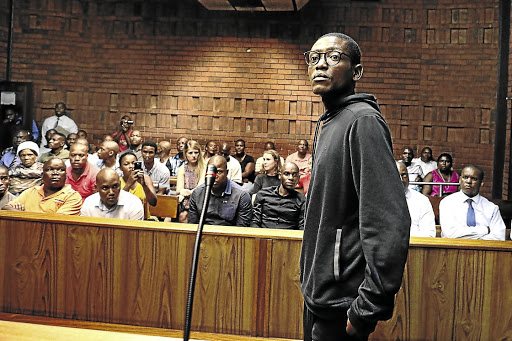 Mamelodi's feared taxi boss Vusi Mathibela was arrested while preparing to go on a holiday to Dubai despite his bail conditions preventing him from leaving the country.

In addition, Mathibela had spent four days in Malawi while out on bail for his alleged involvement in the murder of North West businessman Wandile Bozwana.

Prosecutor advocate Andre Fourie told the North Gauteng High Court in Pretoria yesterday that Mathibela was arrested while preparing to go on holiday to Dubai on March 13.

During proceedings, Fourie put it to the investigating officer Constable Evans Mongwe that Mathibela was in possession of his passport and had left the country as recent as five months ago.

"According to the applicant's affidavit, he was arrested while preparing to go on holiday to Dubai with his family," Fourie said.

Mongwe responded by saying that he was aware and that "the applicant had left the country and went to Malawi on October 25 and returned on October 29". This came out during the state's application to have Mathibela's bail money forfeited and bail cancelled after he violated his bail condition on the murder matter.

Mamelodi’s number one tsotsi Vusi “Khekhe” Mathibela claims to have been assaulted by police officers after he was arrested.
News
3 years ago

He was granted R50,000 bail, but it was subject to a number of conditions which included that he was not to be arrested on any other offence after his release on bail.

He had to hand over his passport and he was not allowed to leave Gauteng without the permission of the investigating officer. He may also not come into contact with witnesses in that case.

Mongwe told the court that Mathibela had failed to report to the Midrand police station on several occasions.

"Sometimes the applicant would not sign in at all while on some occasions he would report after hours. He did not report on 18 and 25 January, 11 February, and March 8," Mongwe told the court.

The lead investigator in the matter said Mathibela had also intimidated one of the witnesses on two occasions.

Sometimes the applicant would not sign in at all

He is facing murder and attempted murder charges in the high court over the 2015 murder of Bozwana. The businessman and his partner were gunned down in October of that year when they stopped their car at the Garsfontein off-ramp, east of Pretoria.

Bozwana died of his injuries while Mpho Baloyi was injured when about 12 shots were fired at their car.

The Bozwana case was due to resume again on July 1 while Mathibela was also arrested on charges of assault, extortion and intimidation.

The once feared Mamelodi taxi boss, Vusi Mathibela, was reduced to a laughing stock.
News
3 years ago

Vusi "Khekhe" Mathibela will have to wait another week before his bail application is entertained. Mathibela, 33, along with his spokesperson Elias ...
News
3 years ago
Next Article