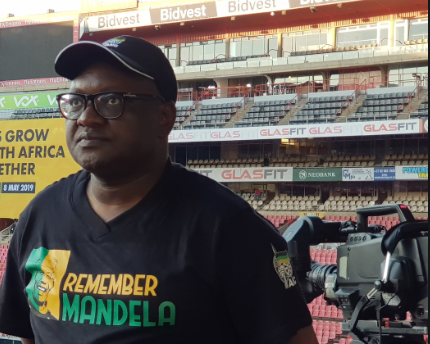 Gauteng premier David Makhura has ruled out any talk of a coalition.
Image: Via twitter/@myanc

ANC Gauteng chairperson David Makhura has stuck to his guns on the eve of the elections, saying the party will not consider entering into a coalition if the party does not win a firm majority in the province.

Speaking on the sidelines of the ANC Siyanqoba rally - its last rally before the elections on Wednesday - Makhura said he was already considering the formation of his government.

“We don’t believe in coalitions because coalitions don’t get things done. The wranglings amongst coalition partners can lead also to compromises on issues of values and principles,” he said.

Makhura added: “You will end up appointing people not because they are the best but because you need support of the coalition partners”.

#ANCSiyanqobaRally Premier David Makhura has ruled out any talk of a coalition. Watch him explain why: pic.twitter.com/l2x9a5Wa95

Makhura has criss-crossed the province, often supported by ANC president Cyril Ramaphosa, in an effort to retain the party’s majority in the province.

The ANC is currently on 53%, with most polls placing the province at too close to call.

Makhura, who is expected to return as premier if the ANC wins the vote, said he did not believe the opposition, particularly the DA, ran an effective campaign against the ANC.

“Their campaign is to march to Luthuli House; that’s a no campaign,” Makhura said.

The DA has fronted former Tshwane mayor Solly Msimanga as its premier candidate for the province.

“People stayed away from the elections. They did not vote for the opposition,” he said.

Makhura said that if re-elected this week, the party would commit to dealing with the ailing healthcare in the province which he described as a “serious weakness”.

He also said they would also focus on dealing with crime.