ANC poll estimates party will get 56% of votes in Gauteng 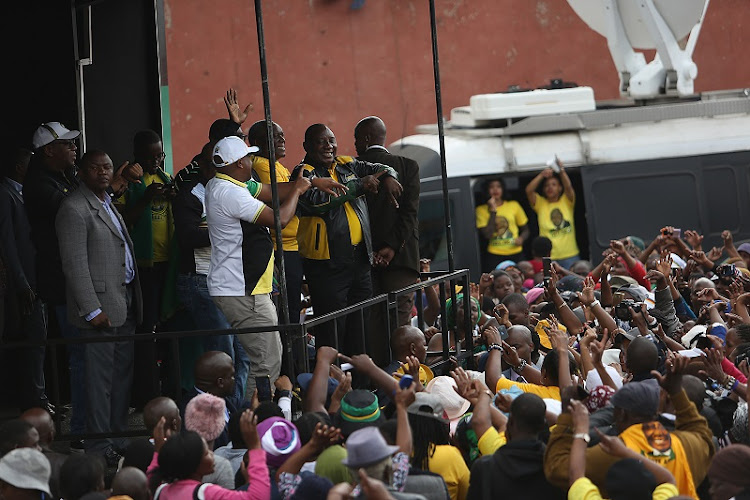 The ANC in Gauteng has renewed confidence after its own internal polls revealed the party was likely to get more than 50% of the votes in the province.

This comes just a few days before the general elections on May 8 which are expected to be highly contested.

Internal polling shows that the party will receive 56% of the votes in the province.

This would be an increase for the party.

The comes after completely different polls by the DA and Institute of Race Relations which place the ANC below 50%.

In that scenario‚ the DA could take over Gauteng through a coalition government.

A poll conducted by the SA Institute of Race Relations (IRR) predicts a massive drop in national support for the ruling ANC and spells trouble for ...
News
3 years ago

ANC Gauteng elections head Lebogang Maile said the party was confident it would retain the province with an overwhelming majority.

He said the party had started dealing with a number of issues‚ including corruption‚ which had been raised by its supporters.

"We are now beginning to see action [by President Cyril Ramaphosa]‚" said Maile.

He said the firing of senior NPA prosecutors Nomgcobo Jiba and Lawrence Mrwebi were an example of action by Ramaphosa.

Maile also cautioned his ANC counterparts in the national office‚ saying they must desist from engaging in public spats during this critical period.

"We would like to call our leaders to refrain from engaging each other in public. Engage issues within the structures of the organisation‚" said Maile.

He was responding to questions on whether the party was worried that recent public statements by secretary-general Ace Magashule would chase away voters.

Maile said the ANC had learned to admit its mistakes and speak openly about them.