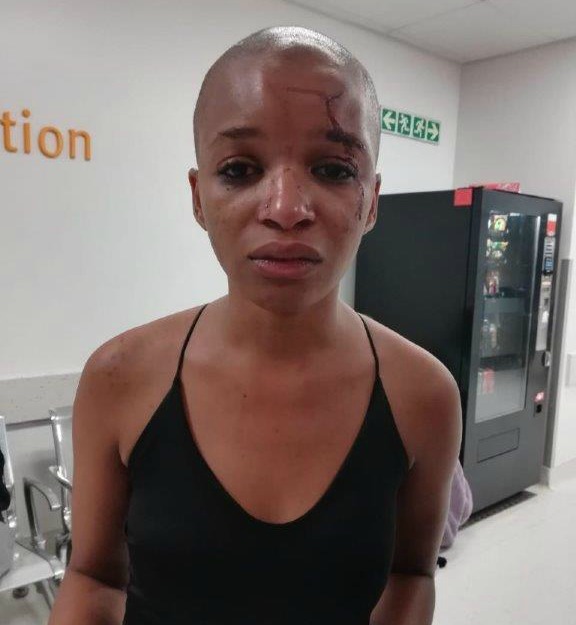 Fumani Jacob was allegedly assaulted by a man after refusing his advances.
Image: Supplied

A second-year law student believes she was targeted by a man who she says assaulted her at a club in Port Elizabeth because she rebuffed his advances.

Speaking about her ordeal — a month after President Cyril Ramaphosa said the country was facing a crisis when it came to violence against women and children — Fumani Jacob‚ 20‚ said the man simply could not accept rejection.

Jacob‚ who studies at Nelson Mandela University in PE‚ related her ordeal to SowetanLIVE's sister publicationTimesLIVE as a warning to other women.

Two weeks ago she went out with her cousin and a friend to Cubana‚ in Humewood. At the end of the night‚ when she decided to call an Uber to go home about 4am‚ “a male friend of mine came and sat next to me“‚ she said.

He offered to take her home‚ but first went to settle his bill‚ she said.

“As I was waiting in the queue to the bathroom‚ I saw [a different man] charging at me‚ carrying a glass object.”

Massive search for missing toddler whose sleeping mother was attacked

A massive search is still under way for a missing two-year-old boy who was allegedly snatched by a man who attempted to rape the child's mother in ...
News
3 years ago

Jacob was assaulted and fell to the floor. “I think I lost consciousness as he was beating me up. People who witnessed the incident said he kept kicking me in the face as I was lying there.”

She insists she was attacked without any provocation. “I think this is a case of someone who does not accept rejection‚ because he once told me he liked me and I told him I was not interested‚” she said.

“I decided to stop greeting him when I met him at places because he had an attitude towards me.”

Police spokesperson Capt Sandra Janse van Rensburg confirmed a case of assault with intention to do grievous bodily harm had been opened.

“It is alleged that a 20-year-old complainant was at a club in Humewood when she was assaulted by a 34-year-old man‚” she said.

“He appeared in court on Monday last week and was released on bail.”

The man is due to appear in court again in June.

Ramaphosa‚ speaking in March at the opening of the Sexual Offences Court at Booysens‚ in the south of Johannesburg‚ said the country faced a crisis.

“Our women no longer feel safe — in their homes and on the streets‚” he said.

“Gender-based violence impacts us all. It exacts a heavy toll on relationships‚ on families‚ on communities‚ on workplaces‚ on schools and on universities and colleges‚” he said.

* CORRECTION: An earlier version of this story did not make it clear that the attacker and the male friend who offered a lift were two different people. The story has been amended to reflect this.