Why are TVET colleges excluded from sexual violence conversation? 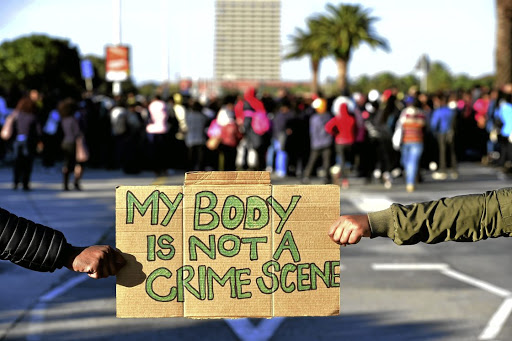 Sexual violation on campus is a matter of great national concern and the apparent lack of regulation at colleges underlines the urgent need for legislation to deal with it, says the writer.
Image: Eugene Coetzee

Again, students in TVET colleges and private colleges are left out of the very important conversation on sexual violation in academia.

I realised this following a widely circulated open letter written recently by a group of academics to the minister of higher education and training Naledi Pandor, concerning the calamity of gender-based violence and sexual violence on campuses.

When I was invited to present my research paper at one of the universities in February, I highlighted to colleagues how I found it shocking that there was no research available on the prevalence of sexual violation in colleges, including TVETs.

Sexual violation, which includes, sexual harassment and forms of gender-based violence, is not a problem acute to universities only.

Students in colleges are vulnerable to sexual violation on campus too!

It should concern all citizens that there is a lack of substantive research on the prevalence and effect of sexual harassment in non-traditional institutions of higher learning such as colleges, where the majority of previously disadvantaged students pursue their higher education.

Without law reform to ensure the disclosure of stats, academia may become a sexual predator's haven.
Opinion
2 years ago

The effect of this indicates a form of class oppression. It is previously disadvantaged students who pursue their higher education in colleges and TVETs. Is sexual violation in those "lower class" institutions not worthy of our attention?

The problem is not only isolated to colleagues who have given particular attention to universities only, the government, including shockingly, the EFF, which identifies itself as the vanguard of the previously marginalised and the poor, failed to question the minister about the prevalence of sexual violence at technical and vocational colleges when they demanded statistics about the same at universities in parliament.

Shocking statistics were revealed by Pandor in response to a question from the EFF - various universities said that no less than 48 rape incidents on campus were reported last year.

No statistics were revealed on higher learning institutions such as TVET (formerly FET) colleges and private colleges.

This is concerning, because the problem of sexual violation is structural and extremely complex, much like problems of unemployment and crime.

A specific objective in my research is to highlight that the occurrence of sexual harassment in higher education is not only as an evil that exists in the public or private university setting, but as one that exists across the full spectrum of academia, from colleges to universities.

Fundamentally, the lack of research on the prevalence of sexual violation in colleges highlights a significant problem of classism.

Of course, the open letter to the minister is very important. The group's call for a "special investigation into the extent and scope of sexual offences, directed at both staff and students, in the higher education sector," is very welcome.

According to the DHET, its highest priority is to strengthen and expand the public TVET colleges and turn them into attractive institutions of choice for school-leavers.

Yet there is the effect of sexual harassment in these institutions is hardly a cause for concern. This is alarming, colleges make become a haven for sexual predators, or maybe already is.