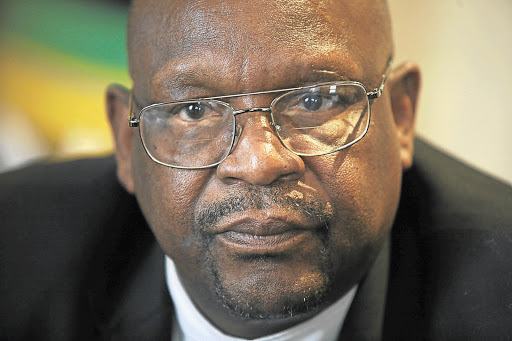 The ANC blames the moral decay and social ills in the country on apartheid.

This was said by ANC national executive committee member Mathole Motshekga during an election manifesto briefing on social cohesion and moral regeneration.

According to Motshekga, the ANC leadership "recognise the deteriorated moral fibre and social ills which is part of the legacy of apartheid".

Motshekga added: "We recognise that the deepening moral degeneration and social ills is part of the apartheid legacy and that is why, apart from establishing the moral regeneration movement, the president (Cyril Ramaphosa) has convened the national inter-faith gathering to launch a social movement for renewal to ensure that this matter is addressed at the highest possible level.

"That is also why the president hosted a summit on gender-based violence to make sure that GBV, drug and alcohol abuse and the abuse of women and children are all attended to.

"So, it is the ANC that wants to reverse all the negative legacy of apartheid and arrest this trend that is deepening."

The ANC, he said, was counting on Ramaphosa to provide impetus for the party's commitment to moral regeneration "given his unquestionable moral standing and fortitude".

The latest research into the voting preferences of South Africans finds that trust in the country’s president is the single most important predictor ...
News
2 years ago

Motshekga added that the governing party was also seized with the agenda of fostering the values of the country's constitution to tackle socio-historical divisions "caused by many years of colonial and apartheid rule that flourished on reification of human difference, especially along racial and ethnic lines".

This, he said, was evident in the public spats, particularly on socially media which were mostly along racial and ethnic lines.

According to the ANC, one of the ways to resolve this was for South Africans to speak to each other as opposed to speaking against each other.

For its part, the government had among other things, developed a targeted focus on the national flag and the national anthem as a unifier.

Motshekga said students who were calling for a decolonised national anthem were misinformed and needed the guidance of the elderly.

"We must understand that we have the responsibility to educate society especially the younger generation who would say we need to decolonise the national anthem," said Motshekga.

Motshekga concluded that the ANC would also advance the promotion of the study of decolonised history by making it compulsory at schools.

This history, he said, would be one that moved away from one that painted "savage people" such as Paul Kruger, Vasco da Gama and Jan van Riebeeck as heroes to a history that focused on "warriors who dared to challenge the white colonial hegemony".