Ramaphosa is not all-powerful and can be replaced, Archbishop Makgoba says 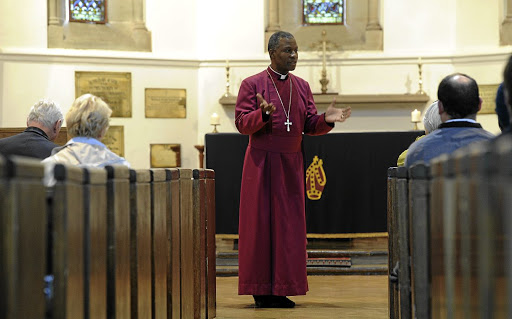 While President Cyril Ramaphosa has given the country some hope and optimism, he is not all-powerful and can be replaced, Anglican Archbishop Thabo Makgoba says.

"He too can be replaced – and the events of the past 15 months have shown us that we cannot rely solely on changes in the presidency to turn our country around," Makgoba said.

He was delivering his homily at the Easter Vigil in St George’s Cathedral, Cape Town, on Saturday.

Makgoba said he had warned against people believing that all of the country's problems could be solved by replacing one president with another.

"Changing individual leaders is no panacea for all that is wrong with governance in South Africa today."

Makgoba said South Africa faced a new struggle about values and institutions rather than about personalities.

"We need to build strong systems which cannot be undermined by one person or party's whim.

"If we want to ensure that government works to improve the lives of all our people, especially those of the poorest of the poor, we have to strengthen our institutions," Makgoba said.

Makgoba also strongly criticised the performance of Parliament and said it had failed to hold the executive to account.

“Our people deserve a Parliament made up of members of the highest moral calibre, whether in government or in opposition.

Too often, the behaviour of our members of Parliament has been disgraceful.

He said of the three branches of government, the judiciary had acquitted itself well over the past decade.

He said over the past year, the executive had begun to perform better, although there were areas in which improvements were needed.

“But we cannot say that Parliament has fulfilled its oversight obligations in the way we would expect in a healthy democracy.”

Makgoba said, with some exceptions, Parliament had failed abysmally over the years to hold government to account.

“Too often, the behaviour of our members of Parliament has been disgraceful. I don't exempt any of the major parties from this criticism.”

He said all had been guilty on occasion of opportunistic stunts and shameful attacks.

“In the public mind, Parliament had become a place of spectacle instead of  serious debate about the laws and policies needed to improve people's lives,” Makgoba said.

Makgoba said the people  should approach the elections on May 8 with the aim of transforming the institution.

Makgoba decried the fact that the party list system stopped voters from passing judgement in local constituencies on the performance of MPs responsible for the areas in which they lived.

"Instead I want to suggest that as responsible citizens we all examine carefully the complete list of candidates each party has drawn up.

"Let us as active citizens examine all the names on the lists of all the parties and bring pressure to bear on the parties to re-examine them."

President Cyril Ramaphosa has promised to come down hard on government officials who are failing to provide services to communities.
News
2 years ago
Next Article