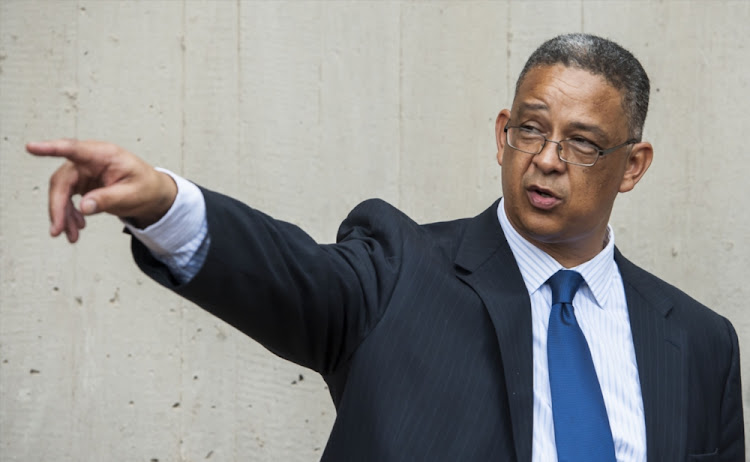 McBride appeared before the inquiry this week after his testimony was postponed in February and again at the beginning of April.

From rigged statistics to implicated officials, here is a wrap of McBride's revelations.

Dramat and Sibiya were implicated in a 2010 operation to illegally extradite five Zimbabweans who were suspects in the murder of a senior official in SA's neighbouring country.

McBride said he was concerned that the docket for the case had been prepared by the police's crime intelligence (CI) unit. He said the investigation's integrity was compromised due to the way it was handled.

In his testimony, McBride detailed CI's relationship with Ipid and how there was a "blue curtain" protecting CI.

McBride said CI was often reluctant to provide Ipid with information and would often classify documents so that Ipid couldn't access them.

McBride accused former minister of police Nathi Nhleko of abusing processes after he hired Werkmans for the investigation into the Zimbabwean renditions.

McBride, Innocent Khuba and Matthew Sesoko were suspended and charged in connection with the internal Ipid report relating to the renditions case.

McBride said that Nhleko's office tried to exclude him as the executive director, even sending e-mails to Sesoko's and Khuba's correct email addresses while using an incorrect one for McBride.

Former Ipid boss Robert McBride has accused ex-police minister Nathi Nhleko of interfering in a law firm investigation that resulted in McBride being ...
News
2 years ago

McBride accused former acting national police commissioner Khomotso Phahlane of arranging a counter-investigation into Ipid in an attempt to stop a corruption investigation that he is linked to.

Ipid had set up a task team to investigate the construction project of Phahlane's house in Pretoria North after it was alleged that the home was paid for by a police service provider. Phahlane's home was raided in 2017 and he proceeded to challenge Ipid's search warrant.

The former acting commissioner then instructed the acting divisional commissioner Agnes Makhele and the North West provincial commissioner Baile Motswenyane to set up a team that would probe the security breach at his Pretoria home.

Outa has lashed out at state arms firm Denel in its first submission to the state capture inquiry.
News
3 years ago

McBride claimed that the Ipid statistics were rigged while he was suspended between 2015 and 2016.

The former Ipid head said that numerous cases had been closed while he was away to give the impression that Ipid was performing well.

McBride said reports that Ipid had improved after his suspension were "inaccurate". According to McBride, among the cases that were closed was the one against Phahlane.