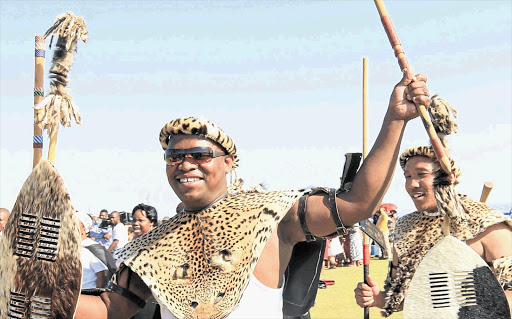 Former president Jacob Zuma's son Edward is alleged to have interfered, albeit unsuccessfully, in the payment of about R15m from the KwaZulu-Natal police coffers to a controversial Durban businessman.

The money, due to Gold Coast Trading and its owner Thoshan Panday, was frozen as part of a 2010 investigation into fraud and corruption between Panday and senior police officials in the province.

The allegations form part of former KZN Hawks boss Johan Booysen's evidence before the state capture inquiry. Testifying on Wednesday, Booysen - who was heading the investigation at the time - alleged that Edward asked him to "unfreeze" the money so that he could be paid his dividends as Panday's business partner.

The investigation into Panday centres on how he acquired lucrative contracts from the KZN police's supply chain management division, including a massive accommodation deal to shelter officers during the 2010 World Cup. It is alleged that Panday inflated prices and pocketed about R60m from various underhanded deals.

Booysen told the commission that his investigation found that between January and October 2009, Panday's company was struggling financially. However, between November and December that year, it received up to R2m from the KZN police.

The company would  go on to accumulate about R60m in total from the police over the next few months - R45m of which was paid. The remaining R15m was about to be cleared but was frozen as the investigation took off. That's when Booysen said he was approached by Zuma.

A toddler at a local crèche snubbed Msholozi and closed the crèche gate on him.
News
2 years ago

Also present at the meeting was Booysen's "friend", whose name he did not mention in his testimony. From his evidence, it was clear that this friend had a relationship with the Zuma family.

"He [Edward] started talking about the R15m which I had frozen. He asked me if it was possible for me to unfreeze the money. He said to me he is a silent partner with [Panday] and said he is not getting his dividends," said Booysen.

He said he asked Zuma how much he had invested with Panday's company. Zuma said it was R900,000.

"I said, 'Let me give you some advice: approach [Panday] and tell him you want your R900,000 back ... Take your money and walk away and never look back,'" said Booysen.