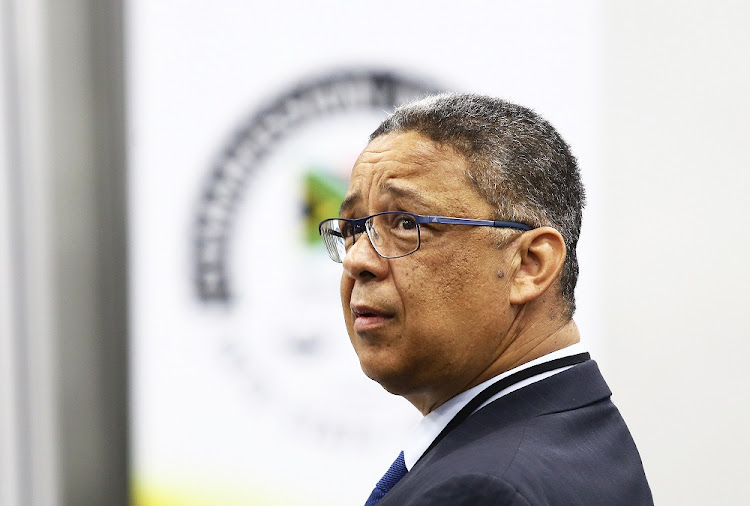 Robert McBride at the commission of inquiry into state capture on Thursday April 11 2019. 'Any request for information from crime intelligence ... is generally met with resistance,' he said.
Image: Masi Losi

Former Independent Police Investigative Directorate (Ipid) boss Robert McBride told the commission of inquiry into state capture on Thursday there was a "blue curtain" around the police crime intelligence (CI) unit, with bureaucracy playing a major part in hindering investigations into corruption within it.

McBride dived into the issues between Ipid and crime intelligence at the start of his testimony to highlight some of the challenges he faced when he was in the position. A point of struggle throughout most of McBride's tenure was crime intelligence classifying documents that Ipid had requested to further its investigations.

This was widely seen as an attempt to cover up corruption in the police.

"Any request for information from CI, except for a brief period, is generally met with resistance and very often CI will resort to the classification of documents ... This issue will bedevil future investigations," he said.

Former head of the Independent Police Investigation Directorate (Ipid) took to the state capture inquiry on April 11 2019 to reveal the forces at play in an attempt to ‘capture the state’.

"There is actually what we call in Ipid a blue curtain … More often than not even before my appointment to Ipid there's a history of cases where there's been rampant abuse and a sense of impunity in the exercise of the usage of the secret service account of CI and that also goes towards the classification."

He said Ipid wrote to police minister Bheki Cele on a number of occasions to help with the declassification process. He said Ipid was referred to the inspector general of intelligence (IGI).

"In terms of the lack of clarity or the wilful lack of clarity on classification and resistance to oversight, Ipid and the IGI decided to sign an memorandum of understanding (MOU) to ensure co-operation between the two bodies which have an oversight role over CI," he said.

"The MOU made provision for a joint task team to look at matters, in particular corruption and the abuse of funds in CI ... A litany of corruption was brought to our attention."

As an example, McBride said, there were cases where some officers in charge of an agent network would employ members of their families as agents. He said he had no knowledge of a single prosecution in these matters.