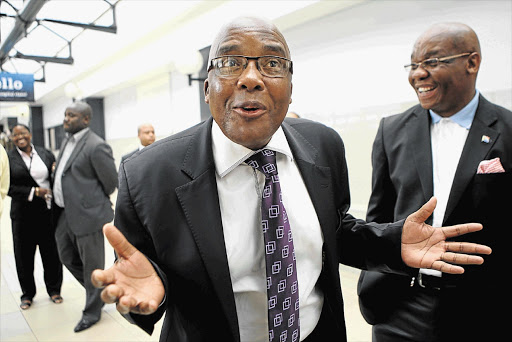 Health minister Aaron Motsoaledi says the National Health Insurance (NHI) may be referred to as "Ramaphosa-care", as the president is now in charge of the bill which will see government rolling out universal healthcare across the country.

Speaking on the sidelines of a media conference at the ANC’s headquarters on Sunday, Motsoaledi said the NHI was too big an issue to be dealt with alone by the minister of health.

He said he had since asked President Cyril Ramaphosa to take over the planning and the roll-out of the NHI because that would be the only way equal, universal healthcare in South Africa would be a reality.

Since then, a war-room had been established in the presidency to finalise the bill for parliament to approve.

"In the United States, universal health coverage was called Obamacare. Why? Because the team was in President [Barack] Obama’s office. Many of you didn’t know who the minister of health in America was at that time, but you heard about Obamacare," Motsoaledi said.

Motsoaledi conceded that public healthcare in the country was severely constrained and said dealing with the problem would have to extend beyond the health department.

"So I said, 'President take over this issue if you want this system to ever happen'. If you want to call it that … it will be a Ramaphosa-care," Motsoaledi said.

He said the World Health Organisation has called for heads of state to be directly involved in universal healthcare.

Motsoaledi said the war-room, headed by Ramaphosa's health and social issues adviser, Professor Olive Shisana, was an effort to make NHI a reality in the sixth administration.

When delivering the ANC's election manifesto in Durban in January, Ramaphosa reiterated the party’s commitment to accelerating the implementation of the long-delayed NHI bill, the finalisation of legislation and creation of a publicly-funded National Health Insurance Fund.

This week, during the campaign trail in Germiston, Ramaphosa repeated his commitment to delivering quality universal healthcare for all.

He previously said "whether people like it or not, NHI will be a reality".

In unpacking the party's manifesto on Sunday, Motsoaledi said it was unusual that from the collective 8.7% of the country’s GDP that was spent on healthcare, 4.5% of that was spent on only 16% of the population while 4.2% of the GDP had to be distributed for healthcare for the remainder of 84% of citizens.

Motsoaledi said part of NHI will see changing of 12 healthcare laws- including the Health Care Act of 2003.

He said a big problem in the law was that the minister did not have the power on who got appointed to critical positions and how money was allocated by provinces.

Motsoaledi said the law as it stood only allowed him as a minister to intervene in provinces when things had gone wrong and said he wanted the law to change so that the minister could intervene preemptively.

"There should be a system where we can preempt things from going wrong as the national department of health," he said.