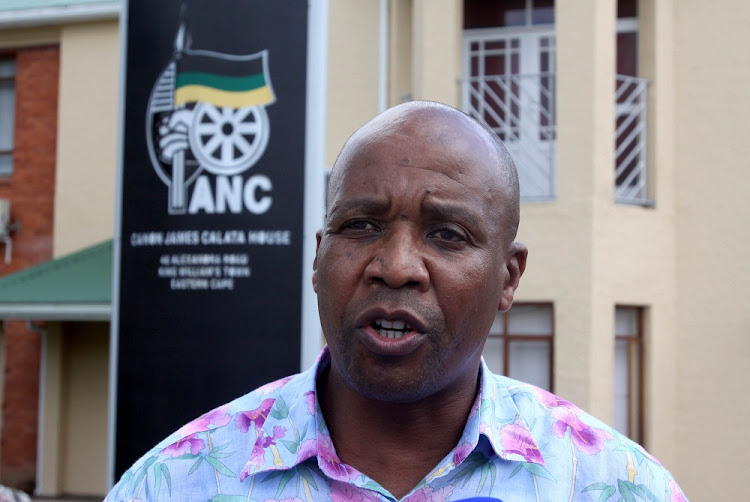 Masualle will on Friday afternoon present his last state of the province address as Eastern Cape premier. Masualle’s last year in office has been rocked by him losing political power after he was defeated by Oscar Mabuyane as chairman of the ANC.

Shortly after his loss he was forced to make a cabinet reshuffle‚ and fire four of the cabinet members with whom he had begun his term in 2014.

The ANC in the province has also been very vocal on Masualle’s performance‚ even in some quarters calling for his removal‚ but the ANC's Luthuli House hadn't budged.

South Africa’s largest union‚ Nehawu‚ threatened in December to mobilise workers against Masualle if he did not resign. Nehawu said departments and parastatals had suffered a "knowledge deficit"which‚ together with a lack of skills‚ had led to mismanagement and a lack of decisive leadership under Masualle.

UDM MPL Max Mhlathi described Masualle as weak in nature. "He is weak and has no backbone. You can’t expect any action from him even when you report the worst of corruption cases‚" Mhlathi said.

He said he expected nothing new from Masualle’s speech other than him giving a history of what the provincial government had achieved.

"We all know he will talk about the improved matric results and the number of schools built. He will however not talk about the failure of his government to build roads leading to clinics‚ schools and hospitals. Our children and teachers still suffer and don’t attend school when it rains."

Eastern Cape learners for the first time in years received more than a 70% pass rate.

Democratic Alliance provincial leader Nqaba Bhanga gave Masualle a three out of ten for the term.

Bhanga said there had been no improvement in the office of the premier and in the past year had failed to spend more than R76.6m.

SIU will investigate the alleged abuse of public funds around the funeral of former president Nelson Mandela.
News
3 years ago

He claimed that local government had collapsed completely during Masualle’s term‚ with 25 chief financial officers out of 39 not meeting the minimum requirements for their jobs.

On education and health‚ Bhanga said these two departments were on the brink of collapse.

Education in the last financial year recorded R1.6bn in irregular expenditure‚ with more than a billion of this falling under the umbrella of infrastructure.

"The department of health continues to teeter on the brink of total collapse‚ with contingent liabilities in excess of R24bn‚ while its annual budget is R23.6bn."

Late last year‚ auditor-general Kimi Makwetu said that as of year-end March 31 2018‚ AGSA was owed a total of R650m for its audit services in the local‚ provincial and national government spheres.

"We continued our ring-fencing and litigation efforts to further improve collections‚" Makwetu said.

The Eastern Cape departments of health and education are facing hundreds of litigation cases‚ with Masualle admitting that the health department had paid over R260m in claims in one year.

"In the last financial year we took out of the health budget around R260m towards paying [medico-legal] claims and it was not budgeted for.

"It impacts on the quality of service if we have such a drain on the health sector‚" Masualle said.

Masualle’s spokesman‚ Sizwe Kupelo‚ dismissed the opposition’s statements‚ saying since Masualle took over in 2014 the province's audit results had improved.

"For the first time in the history of Eastern Cape none of the provincial departments received a disclaimer audit opinion‚" Kupelo said.

Other investments include R663m by Nestle‚ the R1bn investment by Yekani Technologies through the Black Industrialist Programme and R900m by MultiChoice at the ELSEZ. Kupelo said these investments were preceded by R6.1 billion capital expenditure vy VW in their facilities in Uitenhage‚ and the R11bn investments by BAIC at the Coega SEZ.