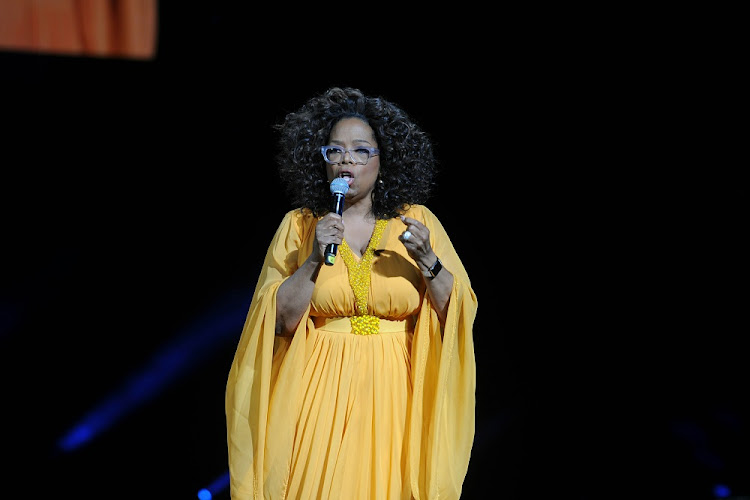 Edward Zuma has taken aim at Oprah Winfrey and a host of other celebrities for their “support” of Cyril Ramaphosa at the Global Citizen Festival concert in December 2018.

In an open letter‚ disseminated via Whatsapp‚ Jacob Zuma’s son said Winfrey and a host of international headliners had only endorsed Ramaphosa and not the ANC.

The junior Zuma has been a vocal critic of the Ramaphosa administration‚ with earlier missives landing him in the Equality Court.

“In her introduction‚ Oprah introduced Cyril Ramaphosa as the man president Mandela preferred as his successor. Oprah and those who were feeding her the narrative forgot one thing‚ the ANC is a democratic organisation and with its internal process‚ where the branches of the ANC play a critical role‚” he said.

“The ANC never operates on the wishes of individual leaders‚ but on the resolutions of its conferences and constitutional structures‚” he added.

Edward Zuma has seven days to apologise to the South African public and pay two schools R30 000 each for hate speech he made against Derek Hanekom ...
News
4 years ago

The businessman said the concert‚ tailored as a global initiative to raise funds to alleviate poverty‚ had been used a vehicle to endorse Ramaphosa alone.

He said the endorsement by Oprah‚ as well as Jay-Z and Beyoncé‚ was similar to the celebrity support for Hillary Clinton during her US presidential campaign.

“It was clear in the Global Citizen Concert that Oprah and the celebrities who were there were only endorsing CR and not the ANC. The New Dawn Political Party was being launched and endorsed at the back of ANC history and sentiments‚” he said.

In December 2018‚ TimesLIVE reported that Zuma had reneged on an agreement to pay a fine imposed by the Equality Court‚ which had found him guilty of hate speech.

Zuma jr. agreed in May 2018 to apologise to the public and to pay two schools R30‚000 each for hate speech he directed at ministers Derek Hanekom and Pravin Gordhan.

In a letter‚ Zuma described Gordhan and Hanekom as an “anti-majoritarian sell-out minority in the ANC who have brazenly and unabashedly spoken out against [then-president] Zuma on various white-monopoly media platforms”.

He called Gordhan one of the most corrupt cadres‚ who‚ like Gandhi‚ “sees black South Africans as low-class”. He described Hanekom as a “white askari who will do anything to be an obstacle to radical economic transformation and to defend white monopoly privileges”.