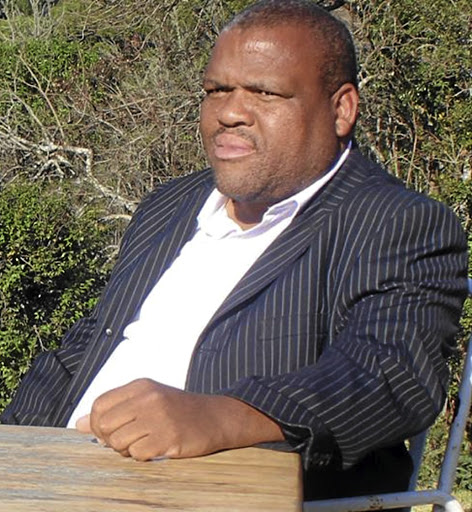 Mopani district's manager Republic Monakedi is recuperating in hospital after he was battered by robbers. /Supplied

A Limpopo municipal manager was attacked and robbed of undisclosed amount of money allegedly belonging to the ANC in Limpopo.

Republic Monakedi, the municipal manager of the Mopani district, is currently recovering in hospital following the attack on Sunday evening at his Polokwane private office.

Sources close to Monakedi allege that a stash of money amounting to R5m in cash was stolen during the incident.

Police, however, refused to confirm or deny the figure.

Monakedi was apparently in the company of a friend when five armed men allegedly entered the office situated on Jorrisen Street at around 10pm and demanded money.

According to the source, the money was collected from service providers in the province and was destined to be used in Durban during the ANC's January 8 statement event. It's unclear how it was going to be spent.

Police said the two robbers searched Monakedi and his friend and took their cellphones, wallets and car keys.

Col Moatshe Ngoepe said yesterday the robbers assaulted the two before fleeing with an undisclosed amount of money.

"Monakedi sustained severe injuries and he is still recuperating in hospital, while his friend was unharmed," Ngoepe said.

By late yesterday, no one had been arrested in connection with the attack.

In countries where there are truly socialist political parties there would be massive demonstrations against Lagarde's visit.
Opinion
3 years ago

Baba told to pay up... but he's got no money Atul

Wuu shem! Our men are really trash, especially the political type who prey on young and unemployed women using their power and cash.
Opinion
3 years ago

"As the police we appeal for anyone who might have information regarding the attack to come forward, with the knowledge that the information will be treated as confidential," he added.

Spokesperson for the municipality, Witness Tiva, said they were shocked by the attack and robbery.

"However, I need to indicate that the provision of services within the district municipal area will not be hindered as the institution has other capable senior managers who are working hard to ensure that there is improved service delivery in our communities," Tiva said.

He said they had also asked the police to make a security assessment on the municipal manager.

Political analyst, Enock Maponya, said he believed the attack was "an inside job" by those who knew Monakedi was in possession of the huge sums of money.

"There is nobody who could smell that [he's] keeping [that] huge sum of money in his office," Maponya told Sowetan yesterday.

Attempts to get comment from Soviet Lekganyane, the ANC's provincial secretary and Donald Selamolela, the party's provincial spokesperson, drew a blank yesterday as their phones rang unanswered.

They had not responded by the time of going to print.